What Happens While Sailing Through A Cyclone?

Have you ever wondered what can happen while a cruise ship sails through a Cyclone? Well passengers on one ship can reveal all.

YouTube user Emily Sho is a passenger onboard the Rhapsody of the Seas on an 11-night Queensland Cruise. On February 20th the Royal Caribbean operated ship was in the path of a full-blown Cyclone near Australia.

As you can see in the video below Cyclone Marcia caused strong winds and strong waves. It seems the open deck areas were closed and thankfully nobody was allowed to use the swimming pool, don;t think anyone would have been able to use it anyway.

Rhapsody of the Seas departed Sydney, Australia on Feb 17th and isn’t expected back until 28th February. When the Cyclone hit the ship’s captain did lower speed along with a course alteration to the east of the bad weather conditions.

The ship was only delayed by 3 hours according to Royal Caribbean and arrival into Cairns was at 11 am which was later than original schedule. 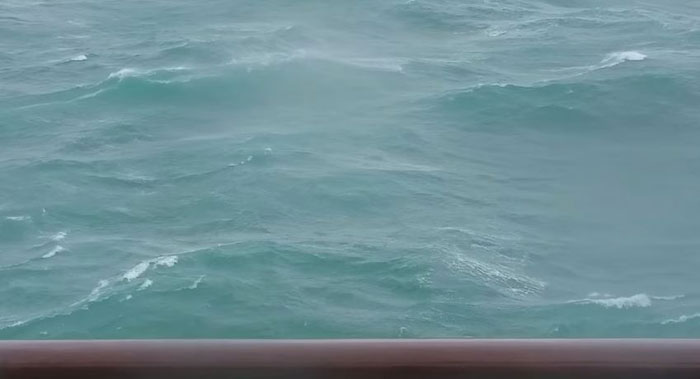