The latest breaking cruise news from the week as the US cruise industry makes a comeback and returns to service. 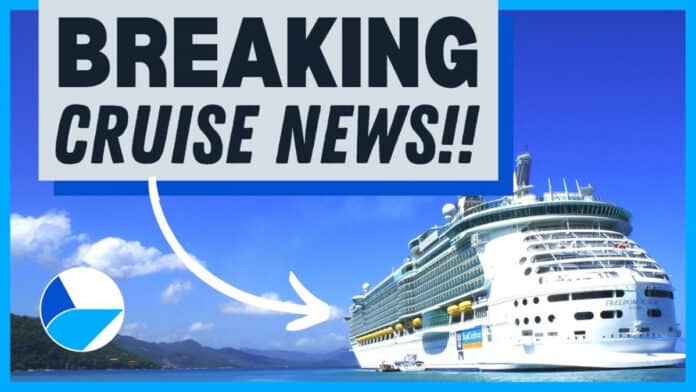 As the US cruise industry starts to make a comeback, cruise lines are releasing their restart plans along with new ship arrivals and the ongoing requirements for a safe return this summer. We’ve got you covered with a week of breaking cruise news.

What a week of cruise news it has been! There is so much happening at the moment as cruise lines detail their restart plans, and the CDC quickly starts to approve test and restricted sailings. We’ve only been away from doing news round-ups for two weeks, and the situation has changed so much as the US cruise industry finally begins to make a comeback.

So in this weeks update, we’ve got more cancellations from Princess Cruises, all the cruise ships that have so far been approved for a simulated or restricted sailing by the CDC, the latest on the Florida lawsuit against the CDC on resuming cruises, the new Mardi Gras arriving into port Canaveral for the first time and breaking news with Royal Caribbean releasing its restart plan and further cancellations.

With the Canadian Transport Ministry’s ongoing interim order that blocks cruise ships until February 28, 2022, Princess Cruises has no choice but to cancel its Canada and New England sailings out of New York for the remainder of the year. The further cancelations impact sailings on the Caribbean Princess departing on August 28, September 4, 11, 18, and 25; October 2, 9, 16, 23, 30, and November 6, 2021.

Guests will have the option to shift their booking to Enchanted Princess in 2022 and protecting the cruise fare. There are also more options including a future cruise credit and a full refund which can be requested online.

With President Biden recently signing the Alaska Tourism Restoration Act, Princess Cruises will still save what remains of the 2021 Alaska season. The new act enables cruise ships to sail to the region without calling in Canada. Previously, cruise ships would have to visit a foreign port under the Passenger Vessel Services Act.

The CDC has been in an approval rampage with multiple cruise ships now able to operate a simulated sailing or a restricted voyages. Celebrity Edge is the first cruise ship to receive permission to sail with regular passengers from the US starting on June 26 out of Fort Lauderdale, Florida. Celebrity Equinox will also be able to resume sailings under the restricted format starting on July 4 also out of Fort Lauderdale.

For Royal Caribbean, Freedom of the Seas was the first cruise ship to be approved for a simulated sailing departing PortMiami on June 20. The CDC has since given more test cruise approvals, including two oasis-class ships out of Port Canaveral.

Carnival Cruise Line has been approved for simulated sailings with Carnival Vista out of Galveston, Texas, and Carnival Horizon out of PortMiami, Florida. The cruise line has not yet revealed when those test cruises will take place but they will be sometime before the two ships resume operations in July. Disney Dream will sail a test cruise out of Port Canaveral on June 29 and even the Grand Classica cruise ship operated by Bahamas Paradise Cruise Line will sail a simulated voyage out of West Palm Beach on July 2.

The Florida lawsuit against the CDC to allow cruises to restart has still not been decided. In a new development, the mediation that the Judge ordered in May has now collapsed. The CDC and the state of Florida, backed by Alaska and Texas, have not been able to resolve their differences, mainly about the Conditional Sailing Order, which includes requirements for vaccinated and unvaccinated passengers and crew.

This is not the end, and maybe by the time we do get a result, the cruise lines might already be sailing! The issue will now head back to the Judge, so do keep checking Cruise Hive for any new developments.

Friday was a huge day for the cruise industry as Carnival’s Mardi Gras cruise ship arrived in Port Canaveral for the first time. It marks a major step forward for the cruise line in restarting cruise operations. It was the first time the ship arrived in the US, and the day was even bigger when Mardi Gras was joined by Royal Caribbean’s new cruise ship Odyssey of the Seas.

Mardi Gras arrived on Friday morning and was welcomed by more than 1,500 people at Jetty Park along with many more at the port’s new Terminal 3 LaunchPad facility. An event was also held at the terminal showcasing just how important the arrival of Carnival’s first LNG-powered cruise ship is on the local economy.

The ship will now begin preparing for the resumption of cruise operations. More crew members will join the vessel to fill up the crew capacity to 1,750, and they will be trained on all the procedures not just for health but also due to Mardi Gras being a new class of ship. She will eventually sail year-round out of Port Canaveral on week-long eastern and western Caribbean cruises.

It has been a huge week for Royal Caribbean with the big comeback announced including eight cruise ships to resume sailing from the US this summer. It will all begin with Freedom of the Seas on July 2 out of Miami, Florida. The ship will sail a special fourth of July weekend sailing, and this follows the ship’s simulated sailing that the CDC recently approved for the end of June.

Odyssey of the Seas, which arrived in the US for the first time on Friday morning, will begin sailing in July. The new cruise ship will depart on July 3 out of Fort Lauderdale, Florida, and offer new 6- and 8-night Caribbean cruises.

Here is the complete list of ships restarting from the US:

There will also be a Royal Caribbean cruise ship restarting operations in Europe. Harmony of the Seas will start Mediterranean itineraries including calls to Palma de Mallorca, Spain, and a call in France starting on August 15.

Even though there are Royal Caribbean cruise ships returning to service this summer, there are others that will remain on hold for even longer.

For those vessels, Royal Caribbean has now extended its suspension through August 2021. Here are the ships that will remain on hold for even longer:

The ships won’t begin to resume sailings until September at the earliest and it will be a gradual return rather than all at the same time. Royal Caribbean is offering a number of options for guests affected by the further cancellations.

There is an option for a 125% future cruise credit, a Lift and Shift option where guests can move to a similar sailing the following year and the option for a full refund.

There you go with some of the major cruise news stories from the week. It has been jam-packed recently with plenty of new developments and we’ve got everything you need to know including Royal Caribbean releasing health protocols for Adventure of the Seas cruises out of the Bahamas, MSC Cruises restarting cruises out of Barcelona, Carnival cruise ship completes dry dock in France and a fascinating story on a full-scale Titanic replica under construction for a theme park in China.

Royal Caribbean Sets Another Record In Its 53-Year History