Watch Harmony of the Seas Meet With Sister Cruise Ships

Royal Caribbean has posted a video of that historic meetup of all three Oasis class cruise ships. In fact, the cruise line has released several videos showcasing three of the world’s largest cruise ships. The day before the ship arrived in Port Everglades it met with Oasis of the Seas and Allure of the Seas, both huge ships but just slightly smaller.

Harmony of the Seas met the sister ships while coming to the end of a 14-day transatlantic crossing from Barcelona, Spain. The ship was just hours away from arriving in the United States for the very first time.

All three mega-ships continued on their way and Harmony of the Seas headed straight for Port Everglades, its new home where it will sail Eastern and Western Caribbean cruises. The ship will also be christened on November 10 before starting its regular service. 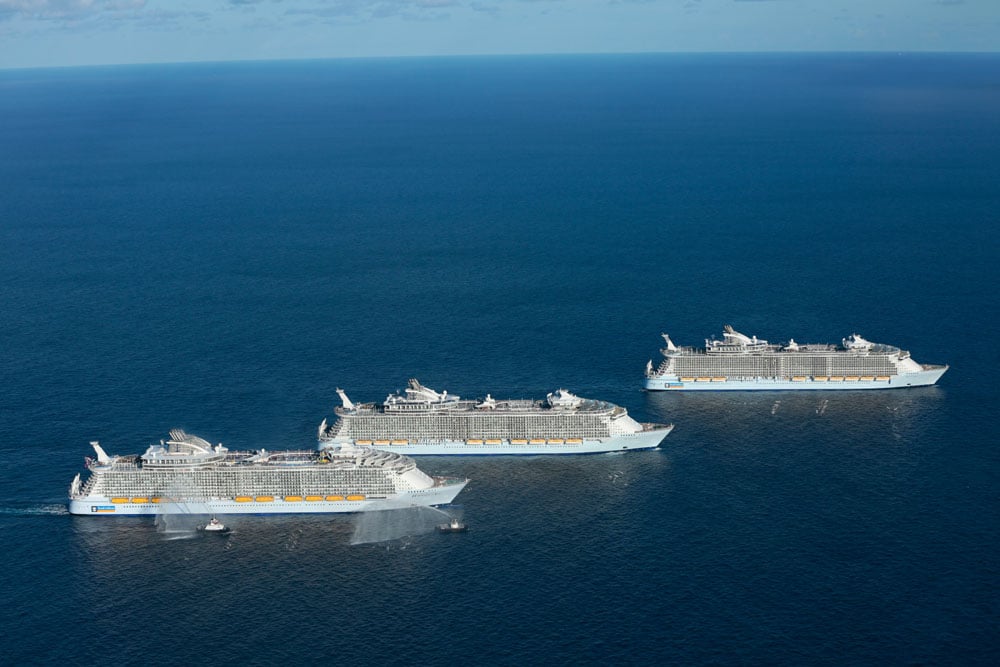