Royal Caribbean have released a new video with highlights of its next cruise ship departing the shipyard and beginning her conveyance on the River Ems.

Anthem of the Seas which is the second vessel in the Quantum class is making final preparations for its debut in April. The 168,666 gross ton cruise ship began its conveyance on the River Ems on March 10th where it departed the Meyer Werft shipyard in Papenburg, Germany.

#AnthemoftheSeas is greeted by a beautiful sunrise while arriving to Eemshaven and the North Sea pic.twitter.com/FHyDsS87RS

The Conveyance was 32 kilometers long-lasting 10 hours and the ship had to deal with several obstacles along the way including passes through narrow locks and gates. Tug Boats were also used to help guide Anthem of the Seas through all the twists and turns of the River Ems.

Coverage of the milestone event was low-key at the time due to P&O Britannia’s Royal Christening which happened on the same day. Anthem of the Seas will join Britannia sailing out of Southampton, UK and even though they are both new and large, they both offer a different cruising experience. After an inaugural season from Southampton Anthem of the Seas will sail from Cape Liberty starting in November, 2015. 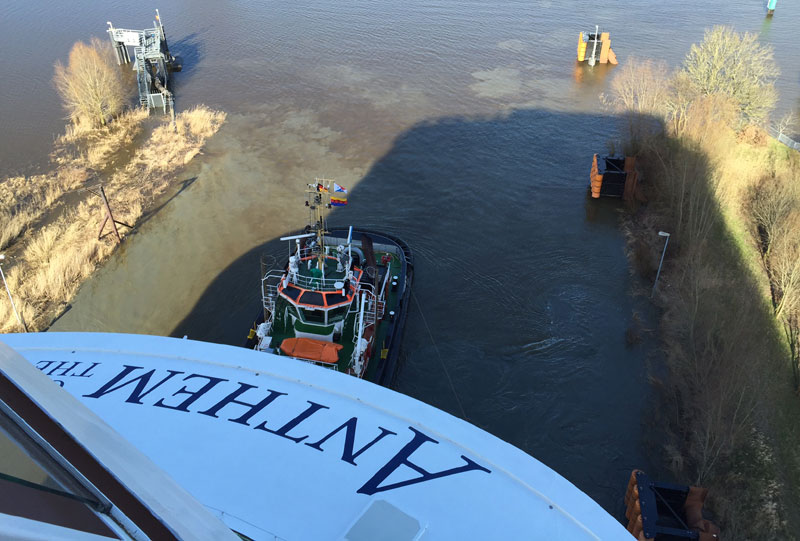