Another outbreak on the Fred Olsen's Boudicca cruise ship.

Could These Two Carnival Cruise Ships Be Heading to the Scrapyard?

Heavy equipment is being unloaded from two Fantasy class cruise ships operated by Carnival Cruise Line, possibly a hint that they could be leaving the fleet.
Read more
Ports

German-based TUI Cruises has announced a return to operations towards the end of July with cruises to nowhere.
Read more

The Fred Olsen cruise ship Boudicca has been hit by a second vomiting outbreak. The ship was on a 10 night Baltic voyage when a gastroenteritis bug hit at least 85 passengers onboard. In total there were 736 guests onboard and thankfully the outbreak didn’t spread to others onboard. The ships previous outbreak was just 11 days ago!

Boudicca is currently docked in Belfast where the cruise originally started from. The ship ended the voyage early so it can be sanitized intensively.

The passengers effected by the outbreak will get a voucher from Fred Olsen cruise line for a future cruise. Passengers scheduled for the next sailing which is a 12-night Canary Island cruise have received letters from the British cruise line informing them of the situation but the sailing isn’t expected to be delayed with only minor issues predicted.

Would you cruise on the Boudicca cruise ship? have you ever been on a ship when this sort of outbreak has happened? let us know in the comments below. 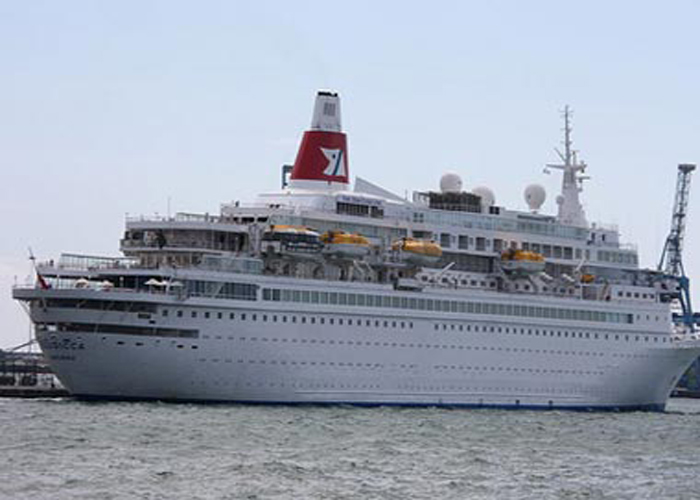