The second Virgin Voyages cruise ship has reached a major construction milestone at the Fincantieri shipyard in Genoa, Italy.

Valiant Lady Cruise Ship Floats Out for the First Time

Even though Virgin Voyages has not officially welcomed its very first cruise ship Scarlet Lady yet, the second ship named Valliant Lady has floated out on to the water for the very first time.

The major construction milestone took place at the Fincantieri shipyard in Genoa, Italy. It marks a new phase of the build where the focus will usually start to shift towards the interior spaces.

The vessel will be identical to sister ship Scarlet Lady and once completed will be 110,000 gross tons with a guest capacity of 2,770 along with 1,160 crew members. She is scheduled to debut in May 2021 and let’s hope there is no delay due to the global health crises.

The ship will kick off with itineraries based out of Barcelona, Spain including calls in France, Italy, and Spain. The 7-night Meditteranean sailings will even feature an overnight in Ibiza.

Valiant Lady will follow her sister ship’s lead by being for adults only and not offering your typical type of cruising experience. Cruise Hive will be sure to keep readers updated on one of the most anticipated new cruise ships of 2021. 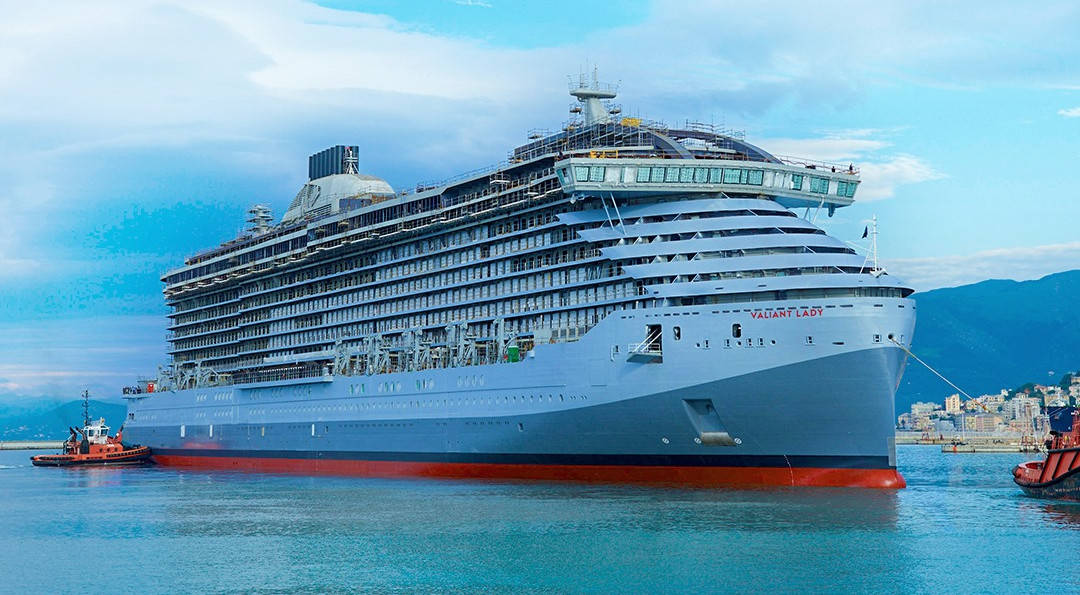