Although construction has been ongoing for some time now on Terminal V, the new Virgin Voyages Cruise Terminal at PortMiami, marked the official groundbreaking ceremony.

The new terminal has been designed to reflect its iconic surroundings. While during the day the palm trees are the main focus, during the evening, the company’s famous logo will mirror the city’s skyline.

While many cruise ships have general terminals where guests embarkation procedures and provisioning of the ships take place, the Miami based V Terminal has been built focusing on the four vessels the company has planned.

This will allow Virgin to seamlessly integrate embarkation procedures for the new normal, transportation requirements, and provisioning of the vessels, making the entire ship to shore experience a lot less painful.

The terminal is located at the northwest side of the port, just off the side of the main terminal row that caters to all the major cruise lines. Once completed, the Virgin facility will be 100,000 square feet and its Miami-inspired design is thanks to designers from Arquitectonica.

Worth Reading: How to Get from Miami Airport to Cruise Port? (Plus Three More Airports)

Scarlet Lady, the company’s first new vessel, was delivered already on Valentine’s Day 2020 and due to make her maiden voyage on April 1 of last year. Due to the pandemic, the company has been forced to postpone the maiden season of Scarlet Lady to May 9, 2021.

The 277.2 meters, 110,000 gross ton vessel will be sailing on a 5-day voyage for her maiden trip. Departing from Miami, she will call in Playa Del Carmen and Bimini before returning to Miami.

One area that certainly has raised some eyebrows in the industry: there will be no buffets, main dining room, enforced formal wear, assigned seating, and no assigned dining times. All food and most beverages will be included though.

The cruise line will also be adults only, with a minimum age of 18 years old. That age limit might have something to do with one of the more outrageous offerings onboard: A tattoo parlor. Certainly, there is much to look forward to once the line finally sets sail for the first time. 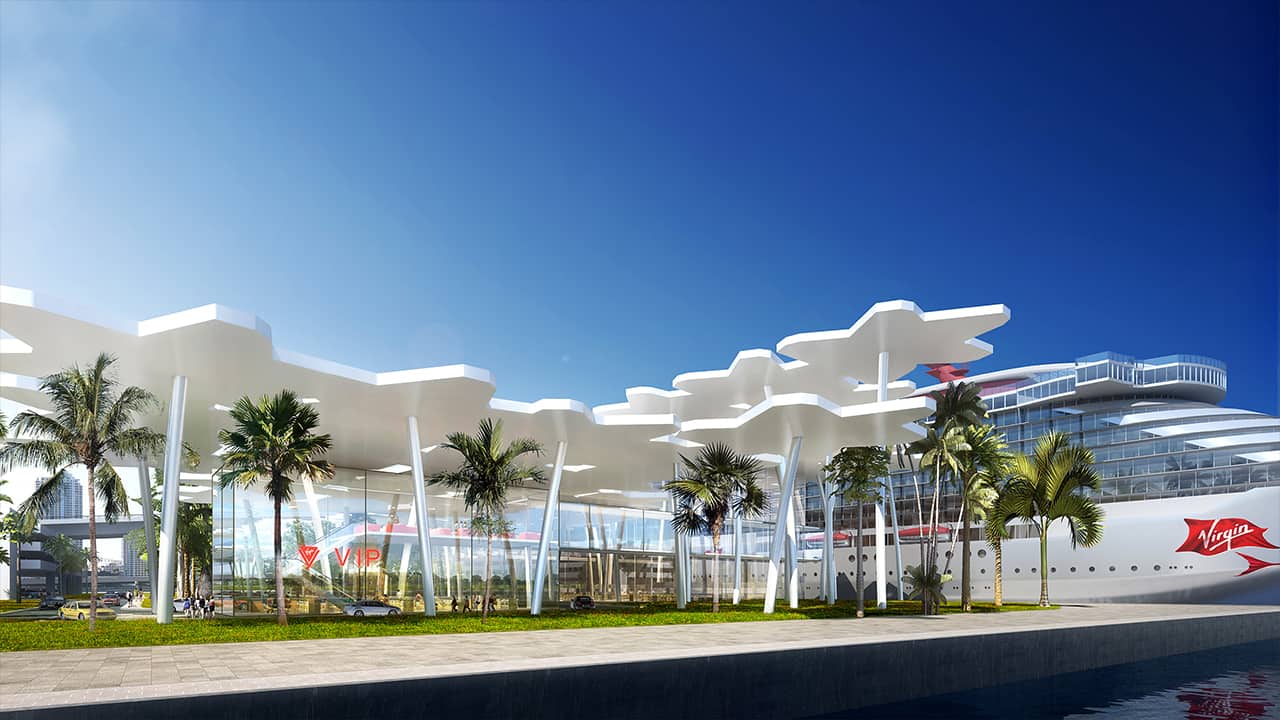