Virgin Voyages is going to be teasing us with something related to its cruise ship on October 31.

All we know is that Virgin Voyages will be unveiling something about its cruise ship on October 31. The new cruise line which is based in Miami, Florida posted on social media an image with the hashtag #shiptease and “30 days to go”. With that hashtag, we’re pretty sure Virgin will unveil something about its new vessel but we’re not expecting too much.

The cruise line has ordered three 110,000 gross ton ships from Italian shipbuilder Fincantieri. The first ship which is scheduled to enter service in 2020 is already under construction with the first piece of steel cut back on March 22. The ship will carry 2,800 guests and 1,100 crew members. All three ships will similar design and built at the Sestri Ponente (Genoa) shipyard.

We also know that the first cruise ship will be based out of PortMiami, Florida and sail 7-day Caribbean cruises. Virgin Voyages is still to announce the itinerary details.

Virgin Voyages is set to reinvent cruising as we know it and not like the major cruise lines of Carnival or Royal Caribbean. The ship renderings, name, itinerary and features are yet to be unveiled so we good get a tease for one these on October 31. 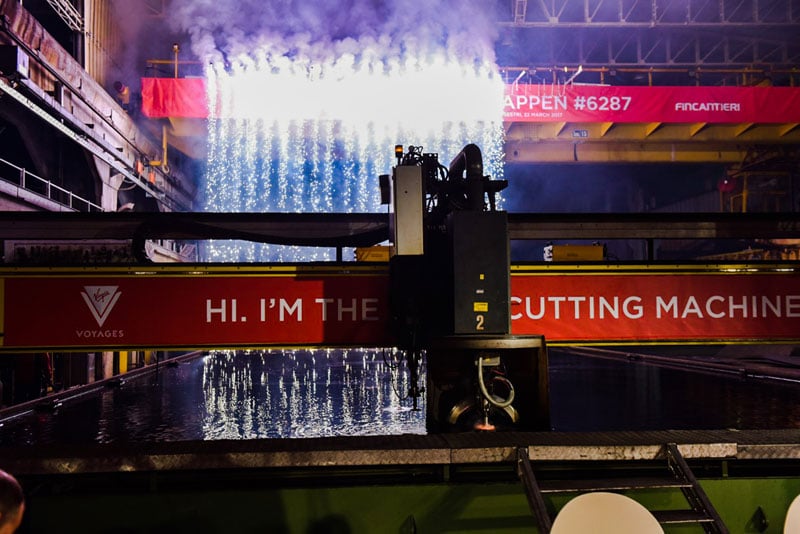