How the CDC’s New Air Travel Requirements Could Impact Cruising

According to a report in Italy the newly formed Virgin Cruises is closing in on an agreement with Italian shipbuilder Fincantieri to build two large cruise ships.

The report on Medi Telegraph mentions that Virgin Cruises is choosing Fincantieri over rival shipyard Meyer Werft in Papenburg, Germany. The cruise line which is headed by CEO Tom McAlpine has been in negotiations in recent months between the two shipyards to build two large 170,000 gross ton vessels. The cost to build the new class ships are expected to be over 1 Billion pounds, the exact value is not yet known but all will be revealed soon with a contract that is in the final stages.

It’s not yet clear where the cruise ships would be built but work could be split between the Sestri Ponente Fincantieri shipyard in Genoa and the Riva Trigoso shipyard. The italian site mentions that Fincantieri CEO Giuseppe Bono, had spoken of “good development opportunities” for Fincantieri and “concrete possibilities of ensuring the construction of the group” in Liguria “work of great quality for next 7/8 years. The main shipyard in Trieste, Monfalcone and Marghera are apparently going to be too full with orders from the Carnival Corporation.

So it seems the current lawsuit against Richard Branson’s Virgin Cruises is not slowing things down. A lawsuit was filed in Miami earlier this year from former Norwegian Cruise Line CEO Colin Veitch. Apparently Veitch first came up with the idea that included the ship designs. Veitch then looked for a well-known brand to help him out and that was when Virgin allegedly got the idea of entering into the cruise market.

Virgin Cruises will be taking on industry heavy weights of Carnival and Royal Caribbean. The new company will also have its headquarters in Miami, Florida. The cruise line is expected to be up and running by 2019. 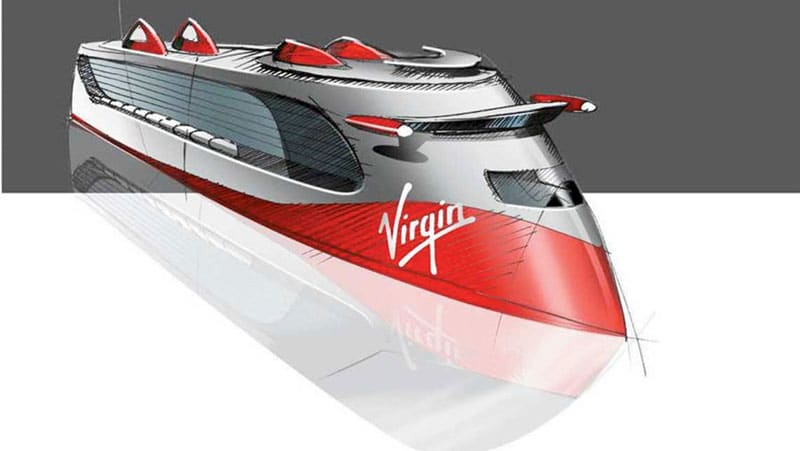