Viking Star Sails Her Maiden Voyage From Istanbul To Venice

Viking Star is the first ever ocean cruise ship for Viking Cruises and a major milestone was met when the luxury vessel set sail on her maiden voyage.

The new cruise ship set from Istanbul to Venice in preparation for the cruise lines first Christening ceremony for ocean cruises. From Venice, Viking Star will make her way through the Mediterranean and into the Atlantic on her way to be officially christened in Bergen, Norway during a citywide celebration on May 17 – Norwegian Constitution Day.

“We have always believed that cruising should be about connecting you to your destination – not just taking you to places on a map. It is our view that in the race to build bigger ships, many cruise lines have lost sight of the destinations to which they sail,” said Torstein Hagen, Chairman of Viking Cruises. “With our new ocean cruises, we have created a new kind of vessel that is smaller in size and smarter in design, offering an alternative to today’s mega liners. Along with our privileged-access excursions and onboard enrichment, we have made the destination the true focus of our new ocean cruises.”

Viking Star has a gross tonnage of 47,800 tons and accommodates 930 passengers in 465 staterooms – each with its own veranda. Engineered at a scale that allows direct access into most ports, guests have an easy and efficient embarkation and disembarkation, allowing them more time to spend enjoying each destination.

From now through April 30, 2015, Viking is offering U.S. residents 2015 Special Savings and 2016 Early Booking Discounts with 2-for-1 pricing on cruise departures and savings of up to $750 per person on international air. Viking Ocean Cruises also has two additional sister ships on order –Viking Sky and Viking Sea – all of which will sail itineraries in Scandinavia and the Baltic; and the Western and Eastern Mediterranean. 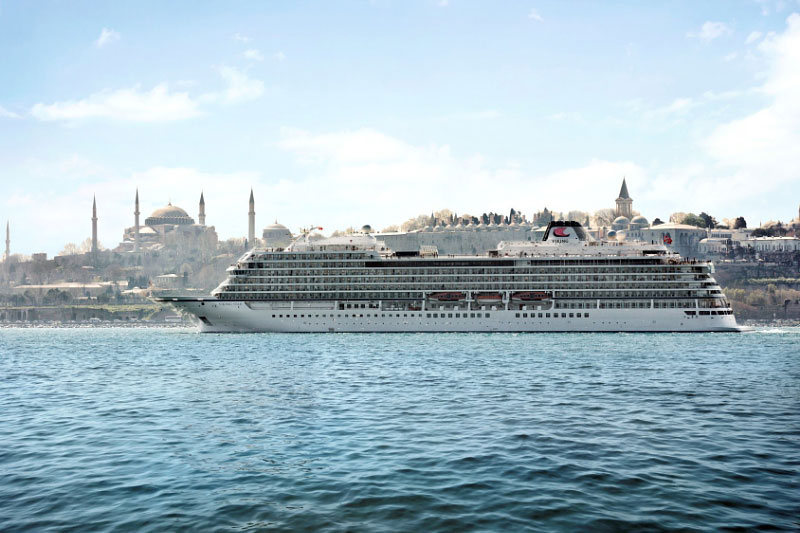