Video footage has been posted and is now trending that shows a passenger who went overboard from Royal Caribbeans Oasis of the Seas being rescued By a Disney Cruise ship.

Cruise hive previously reported on the incident that took place the morning of Jan 8th. While the 225,300 gross ton Oasis of the Seas was sailing near Cozumel, Mexico American passenger Frank Jade fell overboard. Apparently he fell from an open deck due to strong waves hitting the vessel.

Another cruise ship the Disney Magic was sailing on the same route as Oasis of the Seas. luckily for Frank Jade he was spotted in the choppy seas from people onboard the Disney Magic. Crew was then sent on the ships lifeboat to rescue him. it’s very rare a man overboard has a successful ending.

From watching the full video you can see just how choppy the ocean was at the time. You have to look very carefully to try to spot Frank Jade in the water. Whats more worrying is that nobody on Oasis of the Seas even knew that he went overboard! Cruise Hive did reach out to Royal Caribbean about the incident but didn’t get any response. 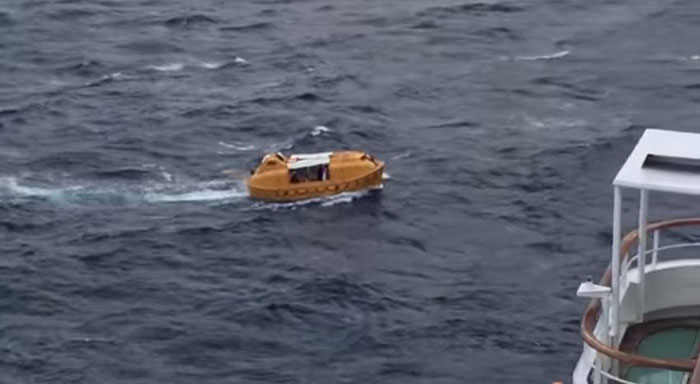