Video Showing Anthem of the Seas Block Floating Out Of Shipyard

This great video shows a huge black of Anthem of the Seas being floated out from its position inside the Meyer Werft shipyard to a new position on the Ems River in Papenburg, Germany. The block is making way for its sister ship Quantum of the Seas which is launching this November (2014). There isn’t enough space for the two ships inside so cruise enthusiasts got a chance to watch the huge block from the river banks. The 120-meter block will be moved back inside once Quantum of the Seas goes into its final phases of construction outside the shipyard. Anthem of the Seas is expected to be completed by Spring 2015 and will debut in its new home port of Southampton, UK. 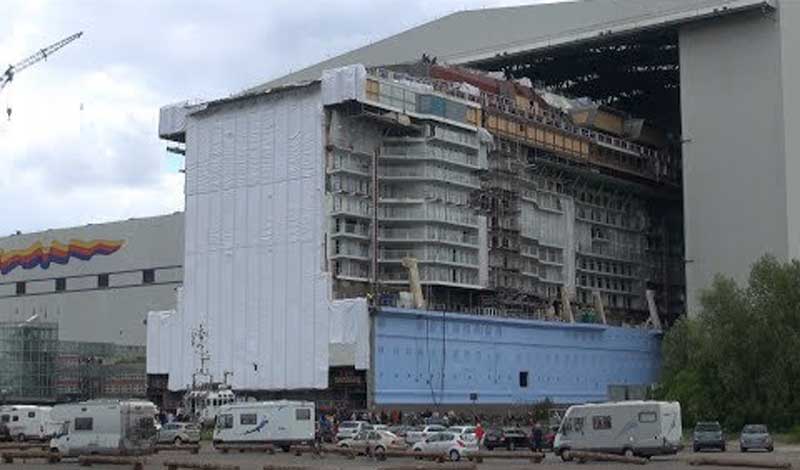