Video of Ovation of the Seas Conveyance

If you missed the Ovation of the Seas conveyance along the Ems River in Papenburg, Germany then fears not. Inselvideo has posted a stunning video of the ship’s conveyance from day tonight.

Royal Caribbean released an informative infographic that includes some great facts. The operation to get the 168,666 gross ton ship included the removal of power lines and opening of bridges, you can view the full graphic below:

The third Quantum-class ship will undergo sea trials in the north sea. The sea trials are one of the major final construction milestones. During sea trials, the ships propulsion and maneuvering systems shall be tested.

Ovation of the Seas shall begin sailing from Southampton on a series of introductory cruises which is common with new Royal Caribbean ships. Then the Quantum-class ship will begin sailing towards its new homeport of Tianjin, China on a 52-night Global Odyssey cruise. Sailings out of China will begin in June 2016. 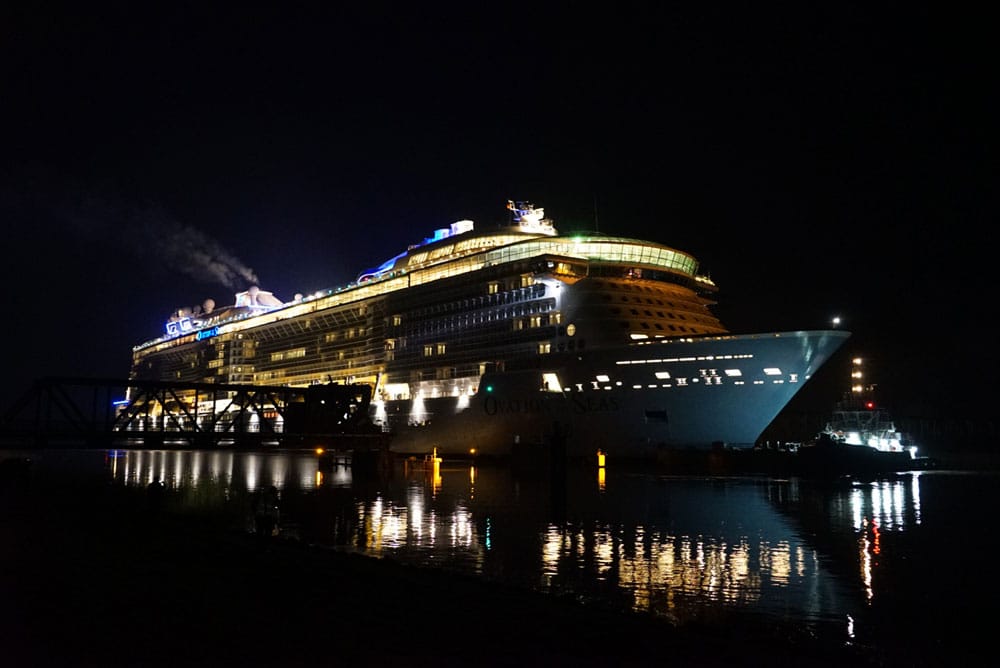