Cunard Line has announced the Verandah Restaurant will be added to Queen Mary 2 during its multi million pound refurbishment in 2016.

“We are proud to continue the legacy of our earlier ships while adapting for today’s discerning luxury traveler. Today’s Verandah concept will be a must-experience culinary event on every voyage.”

The restaurant will replace the current Todd English restaurant that is onboard. A new regional French flavour will be brought to the venue along with seasonal influences. There will be an added surcharge for lunch and dinner which will also included before and after drinks at the bar. The dining experience will be like no other where guests will feel like they are in the old Verandah Grill Restaurants from the old ocean liners.

The Verandah can already be enjoyed on Queen Elizabeth and Queen Victoria. Queen Mary 2 will receive lots of new enhancements and spaces during the refurbishment. At the beginning of December Cunard Line revealed details of the upgraded King’s Court casual buffet. The cruise line is expected to reveal more details about what’s to come over the coming months. 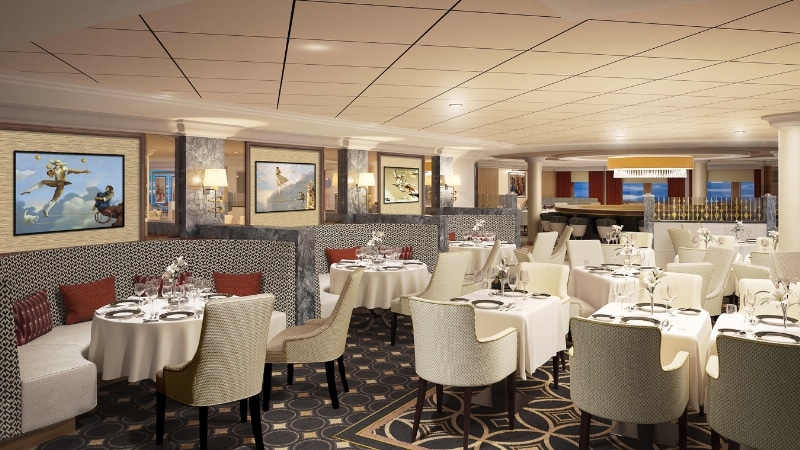