Carnival Cruise Line and the Port of Charleston have been posting updates on the impact from Tropical Storm Florence on the U.S. east coast. In the most recent advisory things are looking good for an on schedule departure for Carnival Ecstasy.

While Tropical Storm Florence causes widespread flooding and heavy rainfall across north and south Carolina the Port of Charleston remains closed. However, as the storm makes its way north the cruise port is set to re-open on Sunday.

According to current advisories from Carnival Cruise Line, the September 15 departure from Port of Charleston for Carnival Ecstasy is so far going ahead as normal. An assessment will also be done of the port and if all is good then there is no reason why the sailing won’t go ahead.

Carnival stated the “Port officials are planning for normal Sunday operations. Our plan is to operate the sailing on Sunday, assuming the post-storm assessment has been completed by the local authorities and the port has re-opened to inbound traffic.” Another advisory will come out today. The cruise line and Port of Charleston are working closely together to make sure operations will resume tomorrow.

If you are booked for Carnival Ecstasy do check with the cruise line for official updates first. The surrounding area and traveling to the port could also be a problem as Florence is hampering travel and causing widespread flooding. According to the National Hurricane Center (NOAA), the storm currently has maximum sustained winds of 45 mph and on Sunday is expected to weaken to a Tropical Depression.

The Fantasy class cruise ship is scheduled to sail a 6-night cruise to Bermuda with an arrival back in Charleston on September 22. Carnival Ecstasy is 70,300 gross tons and has a guest capacity of over 2,000.

Cruise Hive will continue to keep readers updated on the latest developments of storms impacting the cruise industry. We’re also looking at Tropical Storm Helene heading towards the UK and the remnants of Tropical Storm Isaac in the eastern Caribbean. 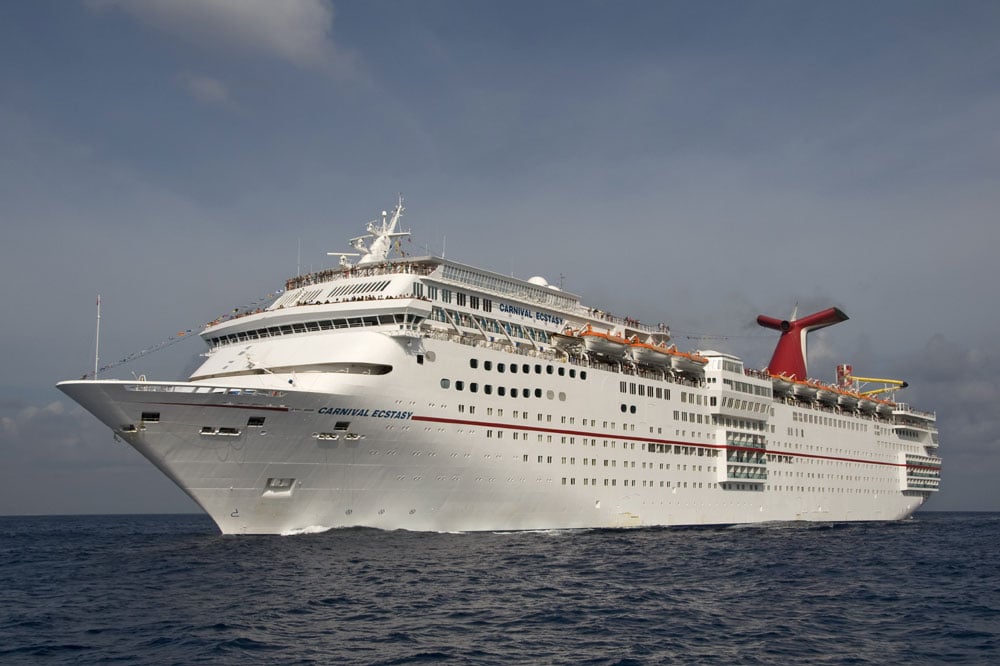