One of the most anticipated ultra-luxury cruise ships made a major construction milestone at the Fincantieri shipyard in Marghera, Italy on September 15th.

The Seabourn Encore which is currently being built for Seabourn Cruise Line had its keel laid which is one of the major milestones during a vessel’s construction. A ceremony was held at the shipyard that was attended by many key cruise line and shipyard executives. Even though there are many milestones to come it does make us look forward to this outstanding 41,700 gross ton luxury ship.

“Set to debut as the most modern and acclaimed ship in the ultra-luxury segment, the keel laying of Seabourn Encore represents another pivotal stage in the evolution of small-ship cruising,” This is an important milestone and we look forward to revealing further progress and highlights of Seabourn Encore in the months ahead.”

Meet the designer of the Seabourn Encore in the video below:

Modeled after the award-winning trio of Seabourn’s Odyssey-class ships and designed by leading hospitality designer Adam D. Tihany, the all-suite ship will be configured with one additional deck, new expanded public areas and is expected to carry just 600 guests, maintaining Seabourn’ s high ratio of space per guest. In addition, every suite will feature a private veranda. 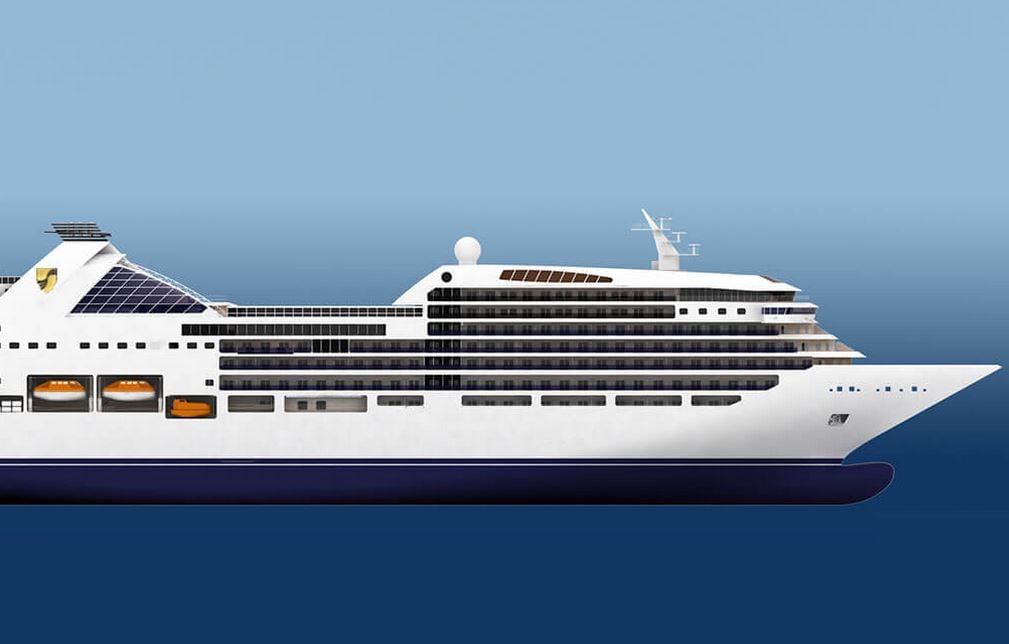