The cruise ship that is being purpose-built for German cruise line Aida Cruises has let the world know about its upcoming onboard features.

The cruise line is going all out with its 125,000 ton vessel with a 200-square meter ice rink, Watch out Royal Caribbean! But the ice rink will only be operational seasonally as the space will cater for different seasons throughout the year. Also for the first time a Christmas market will also be present in the same area with mulled wine and culinary delights for guests.

The new class ship will also feature UV-transparent Foliendom so passengers can relax under palm tress no matter what the weather is outside. Then in the evening the space can become a party area.

A world of adventure is offered at the aft of the ship from decks 14 to 17. Based on the four elements of water, air, earth and fire offers the Four Elements diverse activities under the dome of a retractable glass roof. This includes the Aida Racer, the three decks leading longest indoor water slide on the high seas, invites with two tubes to rapid race each other. Theres also a lazy river where guests can just float away.

Sporting events can be done on the outer decks of 15 and 16 including jogging, a golf cage, mini golf and basketball court. there are also activity facilities for kids including a pool with slide.

The maiden voyage of Aida Prima is cut into two sections, first from 1 October to 20 November 2015, a one-time 50-day journey from Yokohama, Japan from Dubai. On March 18, 2016, the second stage of the maiden voyage, resulting in 38 days of Dubai in the future home port of Hamburg starts. In the winter season Aida Prima will offer seven-day Eastern Caribbean from Dubai and Abu Dhabi. On April 30, 2016, the first seven-day trip from Aida Prima start of the most beautiful cities of Western Europe. London / Southampton, Paris / Le Havre, Brussels / Zeebrugge and Rotterdam are the stages of this journey that will continue to run throughout the year from Hamburg, Germany. 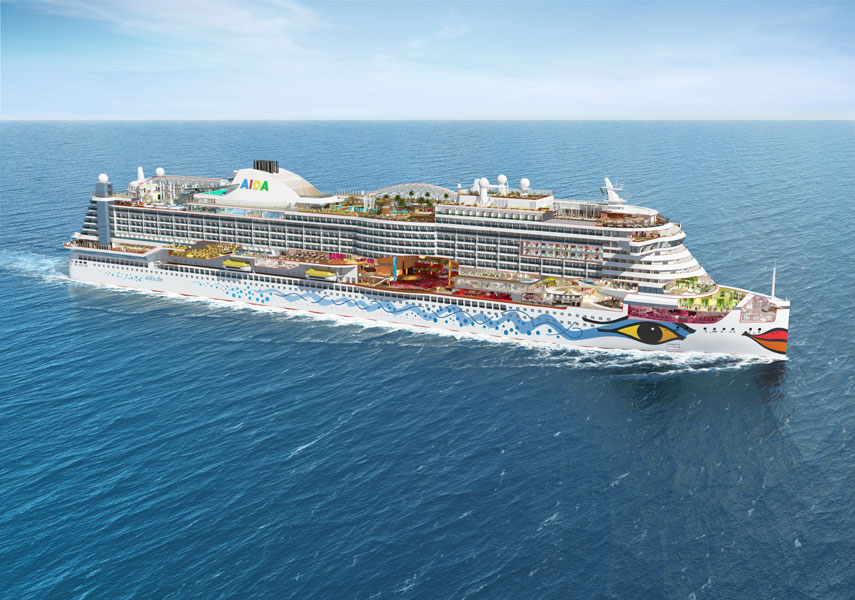