Over the past weekend it was business as usual for most cruise ships but two of them were more busy. One operation was to rescue a passenger from a ship and the other to rescue a yachtsman.

The first was the Saga Pearl 2 on Sunday, November 23rd. The ship was sailing from its home port of Southampton, UK towards Cape Verde Islands when an injured yachtsman needed help.

The Daily Echo reported that the 18,600 ton vessel informed it;s 400 passengers that the ship would immediately alter course to help an injured sailor. The sailor was apparently on a small yacht boat. The site also states that the yacht was 250 miles from the Mauritian coast.

After the yachtsman was seen by the Saga Pearl 2’s doctor in the ships medical room plans were made to transfer him to a nearby Hospital on land.

Another cruise ship the Sea Princess had a passenger medevaced due to abdominal pains. The ship was sailing in the waters of South-East Australia at the time. The operation also happened on Sunday, November 23rd.

The Westpac Life Saver Rescue Helicopter came to the rescue about 60 miles off the coast of Ballina, New South Wales. After the 69-year-old woman was airlifted up to the helicopter she was transferred to the Gold Coast University Hospital where she is now in a stable condition. 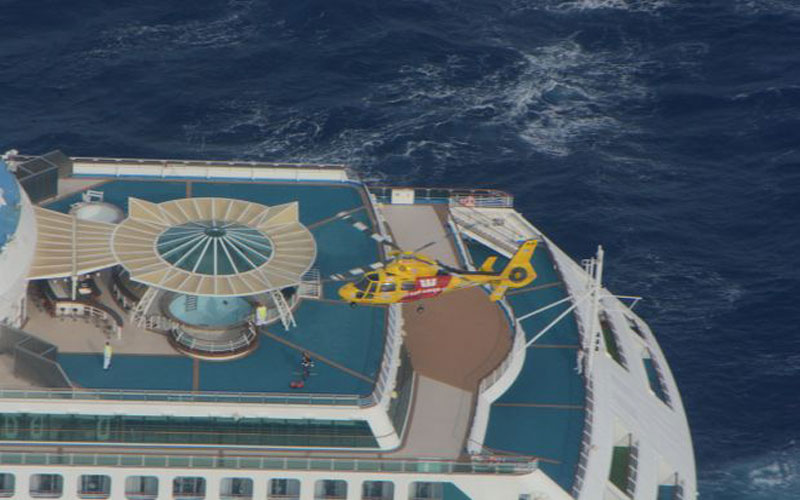