Two cruise ships have been blocked from disembarking passengers in Hawaii after cruise lines try to end cruises for suspension of operations.

Even though cruise lines have suspended operations around the world there is still plenty of issues with cruise ships being denied at ports that had already departed from homeports.

Hawaii has become the latest destination to stop guests from disembarking and this has impacted the Norwegian Jewel operated by Norwegian Cruise Line and Maasadam operated by Holland America Line.

Norwegian Cruise Line tweeted to one concerned person that Norwegian Jewel was first set to disembark guests in Aukland, New Zealand on March 20 but authorities there denied the ship. As a result, NCL arranged the ship to head directly to Honolulu, Hawaii on March 22.

Even though the NCL cruise ship is allowed to enter Hawaii passengers are apparently not allowed to disembark. Norwegian Jewel will be allowed to take on more supplies and fuel before being sent back out to sea with thousands of people onbaord including guests and the crew.

Social media as been fired up for days with worried family members asking what’s going on with the ship and waiting to hear back from the Norwegian Cruise Line. The vessel does not have any confirmed cases of COVID-19 any sick passengers.

Norwegian Jewel is on a repositioning sailing that departed Sydney, Australia on February 28. The cruise which has two booking segments has pretty much come to a halt. The ship has been denied by multiple ports including Fiji and New Zealand and guests have not been able to go ashore since the end of February.

The same goes for Holland America’s Maasdam cruise ship which was scheduled to arrive in Hilo, Hawaii tomorrow, Friday, March 20 but that was later changed to Honolulu. However, just like Norwegian Jewel, the Maasdam has not been given clearance to disembark passengers.

We understand that the Hawaii Department of Transportation Harbors Division has announced the cancellation of Maasdam’s berth reservation in Hilo, Hawaii, on March 20 and that they are working to secure us a new reservation in Honolulu. We are working with the local officials to further understand their reasons and appeal this decision since all of our guests have already made all of their air reservations home from Hilo. They have not been off the ship since March 11 in Rarotonga and are looking forward to returning home as soon as possible.

Guests have not been able to go ashore since March 11 in Rarotonga in the Cook Islands so there is no doubt things are starting to get desperate. No matter what happens it’s likely just like the NCL ship that Maasdam will be able to take on supplies and fuel.

Also Read: 40 Best Things to Do in Honolulu, Hawaii (Oahu) for Cruisers

Cruise lines are scrambling to bring operations to a halt as ports continue to denie cruise ships to dock over fears of the coronavirus. According to Johns Hopkins University, Hawaii currently has 15 confirmed cases of COVID-19. 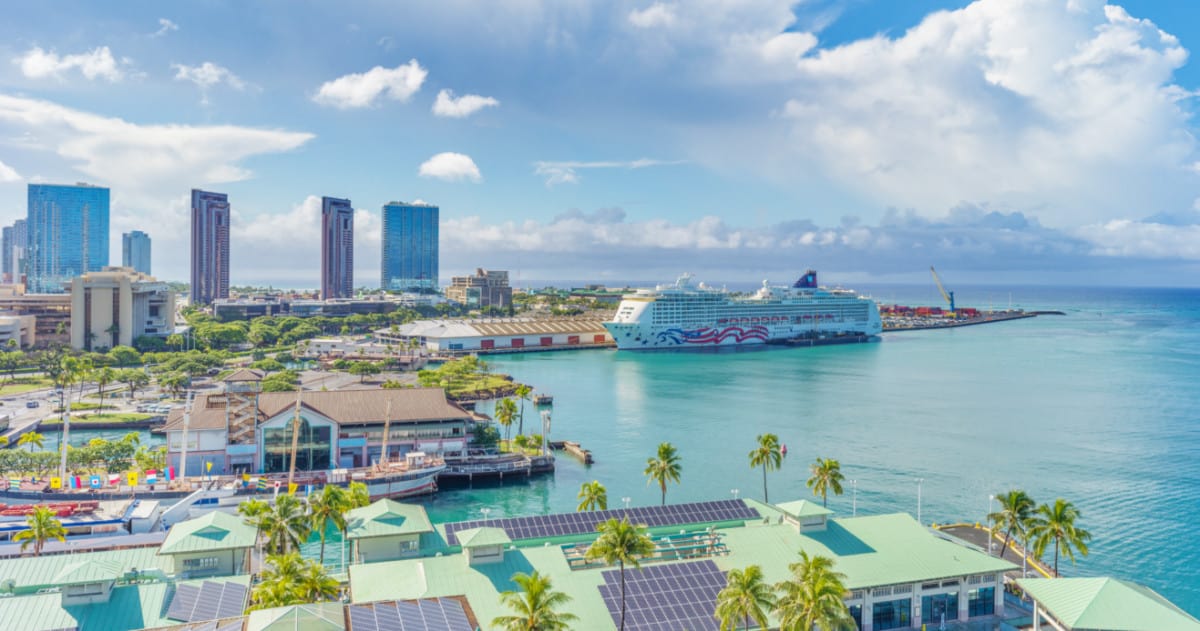