The cruise ports in New Orleans and Mobile are closing in preparation for Tropical Storm Gordon which will make landfall on the north Gulf coast tonight.

In preparation of Tropical Storm Gordon, the Port of Mobile has set condition ZULU. This means that the port located on the northern gulf coast in Alabama will be closed to shipping until the storm passes. Port of New Orleans is set to follow with full closure later in the day.

You can read our previous post on Tropical Storm Gordon right here.

The U.S. Coast Guard which sets the conditions is expecting possible Hurricane force winds within 12 hours. The ports are preparing to make sure all infrastructure is secure and ships are not impacted.

At the moment there are no cruise ships in any of these ports so the impact of cruise itineraries should be limited. Only Majesty of the Seas which is operated by Royal Caribbean has so far changed the itinerary. The ship departed Port of Tampa, Florida by midnight yesterday and will sail to the same ports of call but in a different order.

Carnival Cruise Line has several ships based out of the closed homeports. Carnival Triumph is scheduled to arrive in New Orleans on Thursday, September 6 and Carnival Fantasy is scheduled to arrive in Mobile on Saturday, September 8. As long as the ports are not damaged or flooded the upcoming cruises are set to go ahead as normal. We will still monitor any adjustments announced by the Miami-based cruise line.

The storm is set to become a category 1 Hurricane at any moment as it makes landfall on the gulf coast tonight. According to the National Hurricane Center (NOAA), Gordon has maximum sustained winds of 65 mph and is moving northwest at 15 mph. Tropical Storm Gordon will move over the lower Mississippi Valley overnight.

Storm surge is expected in the region along with high winds and heavy rainfall. This is a very dangerous storm which can cause devastating conditions. If anyone does have an upcoming cruise vacation in any of the affected areas, keep in touch with the cruise line for official updates. Cruise Hive will continue to keep readers updated on any developments impacting the cruise industry.

The U.S. Coast Guard made an assessment of the ports and they are now back open for cruise ships. 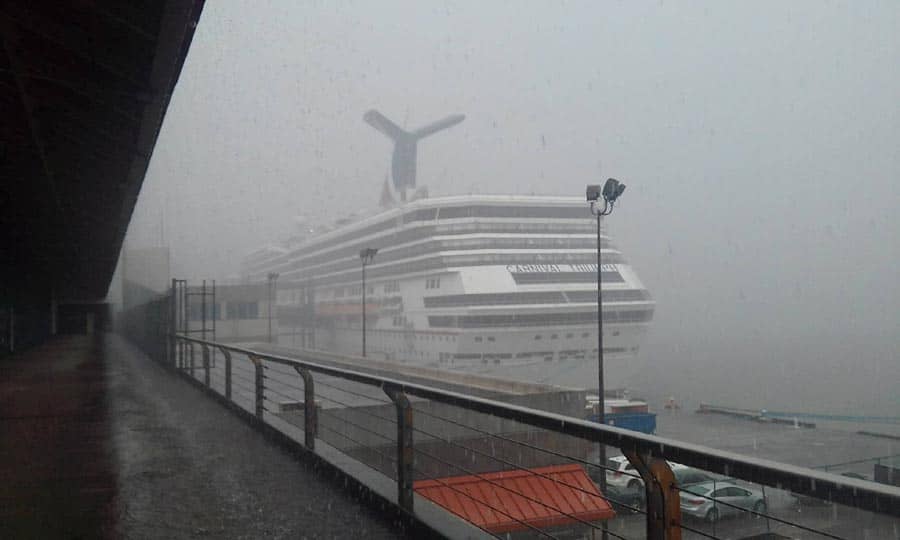