It’s been reported now for several days that several major cruise lines could be on the verge of ordering at least two new large cruise ships each.

The German shipyard Meyer Weft which is based in Papenburg is very close to buying the struggling STX Europe shipyard in Turku, Finland and according to the German company the main terms of the agreement have been reached.

“If we all work on it and create favorable conditions for the yard, we see a positive long-term future for the Turku yard and the whole maritime cluster in the region that the yard has a symbiotic relationship with. The negotiations are continuing intensively and we are confident that the we can make necessary progress within a short period”, note Minister of Economic Affairs Jan Vapaavuori and Managing Director Jan Meyer.

If the Finland shipyard purchase is to go through which it probably will there has been a rumor within the cruise industry that there could be a list of new cruise ships ordered by some of the worlds largest cruise lines. The current Meyer Werft shipyard is limited to the size of vessel that can be built due to its location on the river Elm’s. The shipyard is known for building good quality ships like the recently built Norwegian Breakaway class ships for NCL.

Cruise Lines are apparently lining up so that Meyer Werft can build much larger ships. Lets take a look at which cruise lines could be ready to order:

The leading cruise operator in Asia, Star Cruises is apparently wanting to order another two huge 150,000 ton ships along with the two already ordered. The ships will be catered for the Asian market which is the fastest growing cruise market in the world.

Norwegian Cruise Line may be ordering another two vessels which may be even larger than its previous class ships. The vessels could be built at Meyer Werfts newly purchased Turku shipyard in Finland and construction may even begin this year.

German cruise line TUI Cruises which is owned by Carnival could also be in the running for a cruise ship order with Meyer Werft.

If the purchase of the Turku shipyard in Finland goes ahead it will make Meyer Weft and Fincantieri the two main cruise ship builders in Europe along with the STX France shipyard. 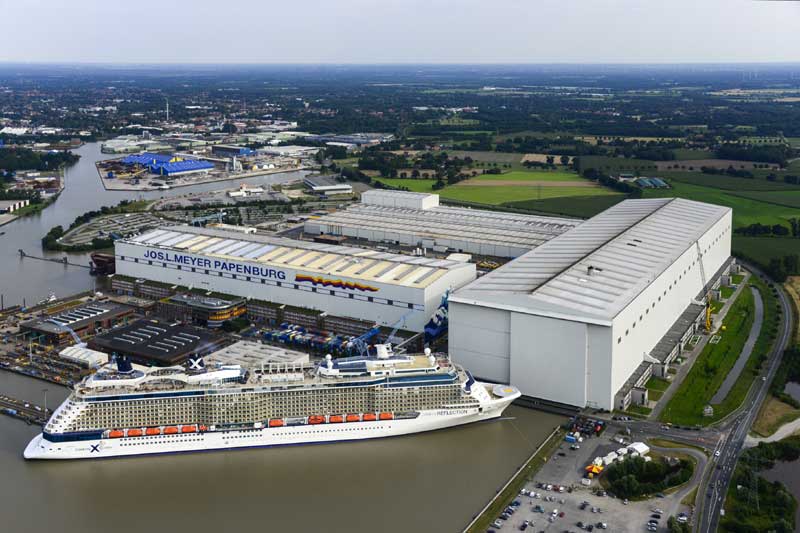