TUI Cruises took delivery of Mein Schiff 5, the newest addition to the fleet. The large ship was handed over from the shipyard at an event held yesterday.

The German based cruise line took control of Mein Schiff 5 at a handover ceremony. The event was held at the Meyer Turku shipyard in Finland which is where the ship has been under construction since November 2014. The ship was delivered 10 days earlier than scheduled and is the third ship in its class. The shipyard has become very efficient at constructing the 99,500 gross ton vessel.

“Although this is already our third new build, it’s still incredibly exciting to see a new ship grow from the first steel cutting to the finishing interior touches. In a good two-year construction period, countless people have dedicated themselves to turning ten million components into our ship. We are looking forward to finally putting Mein Schiff 5 into service in mid-July,”

On June 21 the ship’s ropes will be cut and to vessel will set sail towards its first port of call. The ship will depart with 1,000 crew members onboard for Kiel, Germany where it will arrive on June 23. Mein Schiff 5 was originally scheduled to arrive at the port on June 29.

“We had the unique opportunity to build on the high standard and success of Mein Schiff 3 and Mein Schiff 4 to further perfect this series of ships with Mein Schiff 5. We are immensely proud of the result. This is in no small measure due to the trust and excellent cooperation with TUI Cruises,”

You might not know much about the ship which was purpose-built for the German cruise market so here are some details. The ship can carry 2,794 passengers in 1,267 staterooms. To service all those guests there are 1,026 crew members. The ship features restaurants & bistros including the new Japanese restaurant Hanami and the ‘Schmankerl – Entspannt genießen’ restaurant. mein Schiff will also feature 13 bars and lounges all over. The 15-deck vessel will be sailing cruises out of Kiel, Germany. 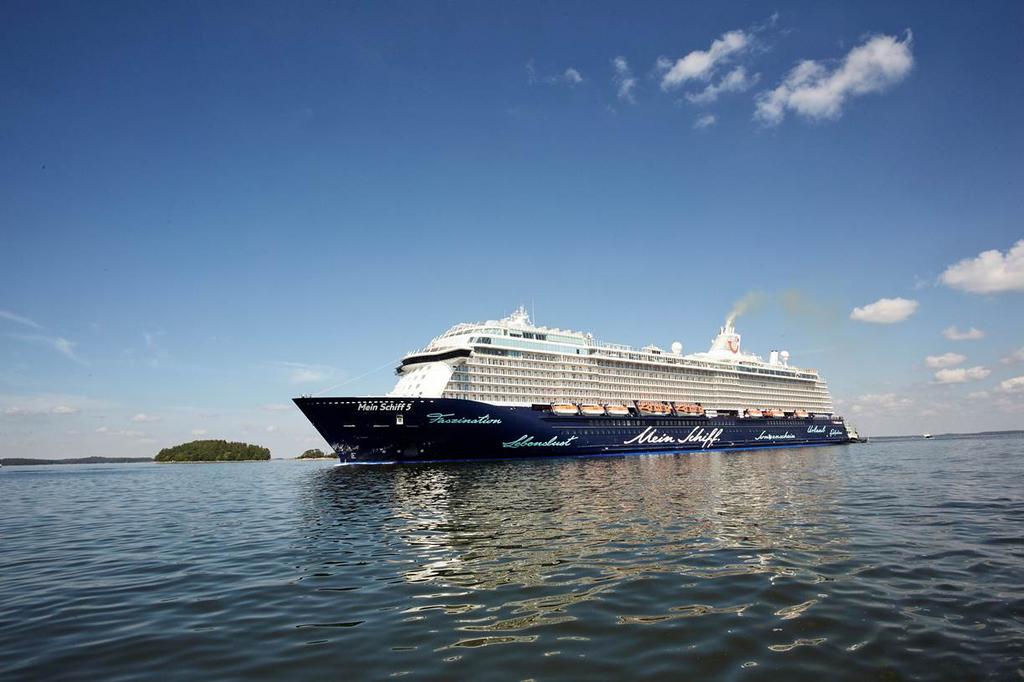