Transatlantic Cruise Cut Short Due to Coronavirus in Italy

Costa Cruise ship’s transatlantic voyage is cut short with calls in Italy canceled and itinerary ending earlier due to coronavirus in Italy.

Guests who are on the Costa Luminosa transatlantic voyage from Fort Lauderdale, Florida have been informed that the cruise will be cut short due to the coronavirus outbreak in Italy. The cruise line stated in a letter sent to passengers “As you may have learned, the alert level for CoVid-19 declared by the World Health Organization has been raised, and this has led the health authorities of some countries to further increase their precautionary measures by introducing a series of bans on entry into their territories.”

Costa Cruises aim to keep all guests and crew safe and remain in constant contact with local authorities ships call at. Given the current situation across the world and in accordance with directives issued by the US Department of State, the Costa Luminosa will be ending its voyage in Marseille, France on March 20.

This means the vessel won’t be making any of its calls in Italy due to coronavirus outbreaks especially in the regions of Lombardy and Veneto. The ship was originally scheduled to call at Savona on March 21, Naples on March 22 and Dubrovnik on March 24. All those calls are now canceled and the ship will only be calling at San Juan on March 8, Antigua on March 9, the Canary Islands on March 16, Malaga on March 18 and then finally ending in Marseille on March 20.

As a result of the itinerary change, all guests will be receiving $250 of onboard credit. Costa will be providing transfers to the airport in Marseille after disembarking but guests will have to change flights themselves. The cruise line will be providing reimbursement up to $250 for airline change fees and up to $150 for a 1-night stay at a hotel before the departure home. There will also be a 25% future cruise credit which guests can take advantage of.

Costa Luminosa was originally scheduled to end in Venice, Italy on March 25 to end its 20-day transatlantic cruise. the vessel is repositioning from the U.S. to begin Meditteranean cruises out of Venice. It’s not known how future cruises from Italy will be impacted.

Italy has the largest amount of COVID-19 cases in Europe with 3,858 confirmed infections and 148 deaths with the majority of those in the regions of Lombardy and Veneto. Worldwide there are 97,870 infections of the deadly virus with 3,347 deaths, the majority are in mainland China. 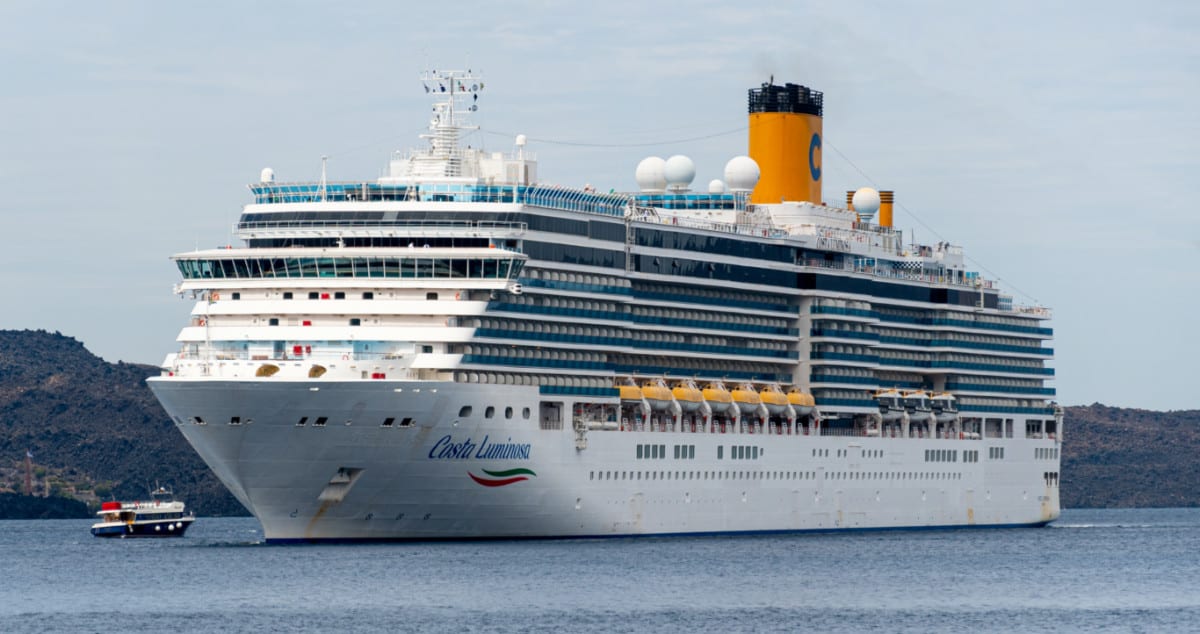