Just like previous years, 2017 was full of cruise news about different aspects of the industry. On Cruise Hive we posted as much news as we could and here are some of the main stories of the year.

In order below, you’ll find the top 10 cruise news stories of the year. Just remember that some of the news was some time ago so may not be relevant to now. Some news has really impacted the industry like Hurricanes Maria and Irma in September. We just wish there was more good news to choose from. We don’t select certain news stories to post on Cruise Hive which only make the cruise lines look good like other cruise blogs, we try our best to be diverse at all times and be open so that our readers are free to stay updated on their choosing.

Philipsburg in St. Maarten is major cruise destination in the eastern Caribbean with several cruise ships docked on some days but since the powerful Hurricane Irma hit on Wednesday morning the island has been devastated.

We reported back in June 2016 that MS Henna is to be scrapped and now the ship which was previously named Jubilee is awaiting its fate. The old vessel recently completed the towing process and is now laid upon the banks of the world famous Indian ship-breaking yard in Alang, India.

The newly posted and edited video which readers can view below shows Anthem of the Seas trying its best to cope in extreme weather conditions. A musician onboard the Quantum class ship caught on camera as large waves were hitting the ship. There were times when parts of the ship were submerged in high waves. As mentioned in the video the ship was listing heavily and everyone onboard struggling to walk as normal.

According to a report on Chip & Co, a male passenger had gone overboard the Disney Dream vessel on Thursday evening while the ship was at sea. An immediate rescue was launched so that the man could be rescued from the water. There are no details about the specific time or exact location where this happened.

We all want to know how our favorite cruise ports and locations have been affected by Hurricane Irma and new footage has emerged from Grand Turk.

Grand Turk in the Turks and Caicos is one of those stunning islands which cruise passengers never forget. Since Hurricane Irma hit late on September 7 there hasn’t been much coming out from the once popular Carnival cruise ship destination but now new footage has emerged.

A 39-year-old woman has sadly died after a domestic dispute aboard a Princess cruise ship.

We are sad to report that a 39-year-old female passenger from Utah, United States has died after a domestic dispute aboard Emerald Princess which is operated by Princess Cruises. The tragic incident occurred at around 9 PM on Tuesday and was then reported to the FBI on Wednesday morning.

We thought it would be nice to take a look and share to all of you that twenty-three cruise ships have already received a full score for CDC Sanitation inspections this year. The score of 100 means the vessel didn’t just pass the Public Health inspections by the CDC but passed with flying colors.

Two men have been rescued by a Royal Caribbean cruise ship after being adrift at sea for weeks.

Adventure of the Seas which is a cruise ship operated by Royal Caribbean has come to the rescue of two fishermen. St Lucian Times reports that a small fishing boat had engine failure around 49 km off the coast of the Eastern Caribbean island St Lucia. The local fishermen were last heard from on May 20 until their rescue.

A woman has been rescued after going overboard a cruise ship while in the Pacific Ocean and waits almost one hour to be saved.

For once a good outcome has come from an overboard situation. A female passenger was overboard the Sun Princess cruise ship on Friday afternoon in the Pacific Ocean. According to Stuff the woman fell from the vessel sometime just after 4 PM and an immediate operation was launched to save her. It isn’t exactly clear how the woman went overboard.

Royal Caribbean has been the first cruise line affected by Hurricane Irma as it gains strength and becomes a powerful Hurricane. The cruise line has altered the itinerary for Allure of the Seas which is an Oasis-class vessel and among the largest in the world carrying 5,400 guests at double occupancy. 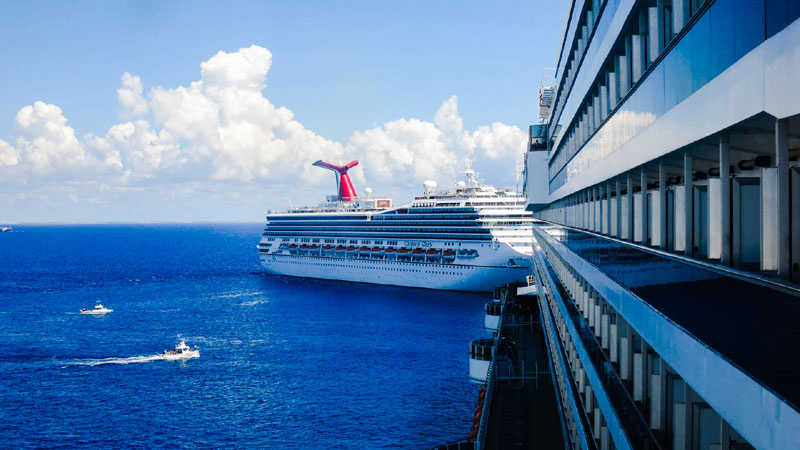 The founder of Cruise Hive which was established in 2008 as one of the earliest cruise blogs in the industry. Emrys has been reporting on the latest cruise industry news since the site first launched. Expert insights and tips featured on a number of publications including The Express, Business Insider, and more.

Worked for Carnival Cruise Line for 8 years and is well and truly dedicated to cruising! Has also been on a number of cruises so can offer an insight into the industry that many will not be able to do. What's even more impressive is that Emrys has traveled the world by visiting more than 34 countries, lived in China for 8 years, cruised the Caribbean, Baltic, Mediterranean, and Europe.