On Saturday, July 23 the Thomson Celebration experienced a power failure while departing the port in Valletta, Malta.

Local news reports the power failure lasted for an hour and occurred just as the 33,930 gross ton ship was departing the harbour at around 6 PM. The ship drifted for about 100 metres and the captain deployed the anchor before it hit the breakwater. Local tug boats were deployed to help secure the ship at the mouth of the port entrance.

“We can confirm that the Thomson Celebration experienced a brief delay to its itinerary on Saturday July 23rd, as a result of a technical issue. We worked swiftly to resolve the matter, ensuring minimal impact to our customers’ holidays, and the ship arrived at its next port of call as scheduled.

“Thomson Cruises would like to reassure customers that situations such as this are very rare.”

After around an hour the power issue was resolved, Thomson Celebration then departed for its next scheduled port of call of Messina, Italy. There has been no delay in the ship’s itinerary and everything has continued as normal. Thomson Celebration is sailing a 7-night Adriatic cruise which will arrive back at its homeport in Croatia on July 28.

Thomson Celebration sails for British-based Thomson Cruises and can carry 1,215 passengers at double occupancy. Cruise Hive has reached out to the cruise line for a statement and will update this post once we get a response. 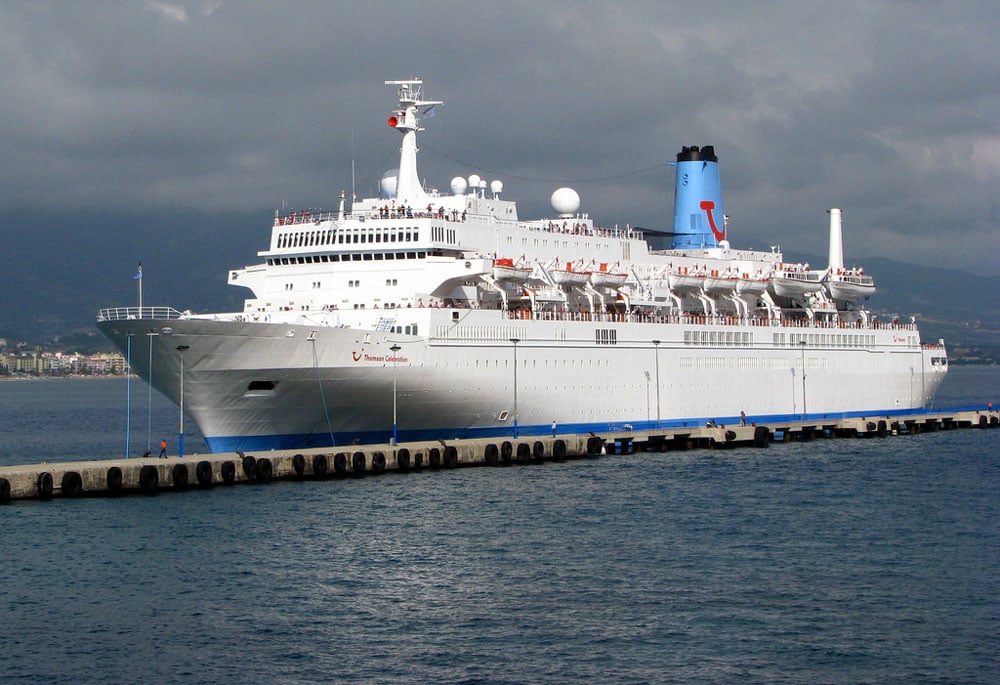