The third Edge-class cruise ship for Celebrity Cruises has reached a major construction milestone at the Chantiers de l’Atlantique shipyard in France. The cruise line continues to push forward with new cruise ships and Celebrity Beyond will follow in the footsteps of sister ships Celebrity Edge and Celebrity Apex.

Celebrity Cruises has celebrated the keel-laying ceremony of Celebrity Beyond, the third edge-class vessel currently under construction at the Chantiers de l’Atlantique shipyard in France.

A traditional coin ceremony was held and the coin placed under the keel to bring good fortune to the vessel. The coin chosen is from the American Innovation dollar series honoring Annie Jump Cannon, the daughter of an American shipbuilder.

“This is a proud and exciting moment because Celebrity Beyond will continue to elevate an already incredibly innovative and transformative Series of ships for our brand – and the industry.”

“I thank all of my amazing colleagues and our incredible partners at the shipyard for moving us one step closer to bringing Celebrity Beyond to life. We have some special surprises planned with Celebrity Beyond and I really can’t wait to share her with the world.”

Construction will now continue with more large blocks coming together to make the ship whole. There is still a long process with several milestones still to come including floating out onto the water for the first time, outfitting all the interior spaces, sea trials, and then finally delivering to Celebrity Cruises before maker her debut.

Celebrity Beyond is scheduled to be completed in Spring 2022 and hopefully, by then the cruise industry will be back to normal with guests enjoying the new ship. She will feature the innovative Magic Carpet that can go up and down the side of the ship, first introduced on the Celebrity Edge in 2018.

The Edge-class ships are so far, 129,000 gross tons with a guest capacity of 2,910 at double occupancy along with 1,319 crew members. There are 16 passenger decks. Sister ship Celebrity Apex has already been delivered and her maiden voyage was originally scheduled for May 20, 2020, that vessel won’t begin cruises until 2021. 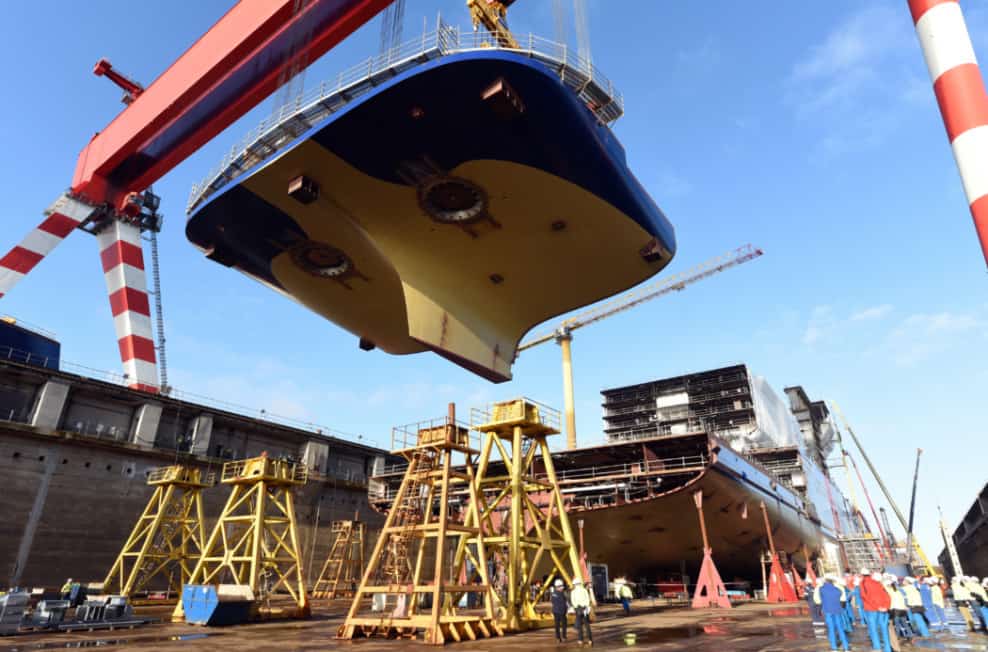