The Importance of Cruise Line Private Islands for Resuming Cruises

The cruise industry has been investing heavily in the last 20 years or so in purchasing or leasing private islands. Little did they know the importance these islands would have once cruising resumes in 2021.

Cruise lines will be requiring guests that would like to take a shore excursion, or even leave the ship, to do so by going on a ship organized tour. Going for a walk in town is out of the question. Private islands will be one large bubble. Therefore there is no need to herd people together; everyone can do whatever they want on the island.

Not only that, private islands will most likely be a place where the cruise lines can show the CDC whether they are prepared for shore excursions.

Germany has been successful with operating sea day only voyages, or Sea-cations. However, cruises with only sea days are not allowed under current U.S. legislation. And as such, not an option for any vessel operating from U.S. ports.

The Passenger Vessel Services Act of 1886 prohibits the transportation of passengers between U.S. ports:

No foreign vessels shall transport passengers between ports or places in the United States, either directly or by way of a foreign port, under a penalty of $200 [now $762] for each passenger so transported and landed.

This is where the true value of the private islands comes in to play. With the access that the cruise lines have to the private islands, they could easily plan for a voyage which has a number of sea days, followed by one or two days on their private island. This would circumvent the Passenger Vessel Services Act as ships will need to be cleared in and out of a different country.

Guests would get a day off the ship, plus there is no cross-contamination with the local population. It’s all positive.

What are the options?

If you are looking to take a cruise in 2021 but want to do this as risk-free as possible, voyages with Private Island access are certainly a great option. The various cruise lines own several different islands around the Caribbean. These are all islands in the Bahamas. The private ports that some lines operate in various countries like Belize and the Dominican Republic are not counted into the below list, as we cannot say whether these can be used.

The European cruise line MSC owns and operates Ocean Cay in the Bahamas. The small island lies just off the east coast of Florida.

Little San Salvador Island or Half Moon Cay is located southeast of Nassau in the Bahamas. Holland America Line purchased the island in 1996 for a price of US$6 million. It has since developed 50 acres of the 2,400-acre island.

The odd one out would be Princess Cays. Contrary to its name’s implication, it is located on Eleuthera, rather than on separate islands. Whether Princess will use the island or move to HAL owned Half Moon Cay for their Island experience is unclear.

Located near Great Abaco Island and formerly known as Gorda Cay. In 1997, The Walt Disney Company purchased a 99-year land lease for the cay from the Bahamian government.

Private Islands, purchased or leased years ago as a marketing gimmick, these islands could just prove to be the solution the cruise lines need right now. 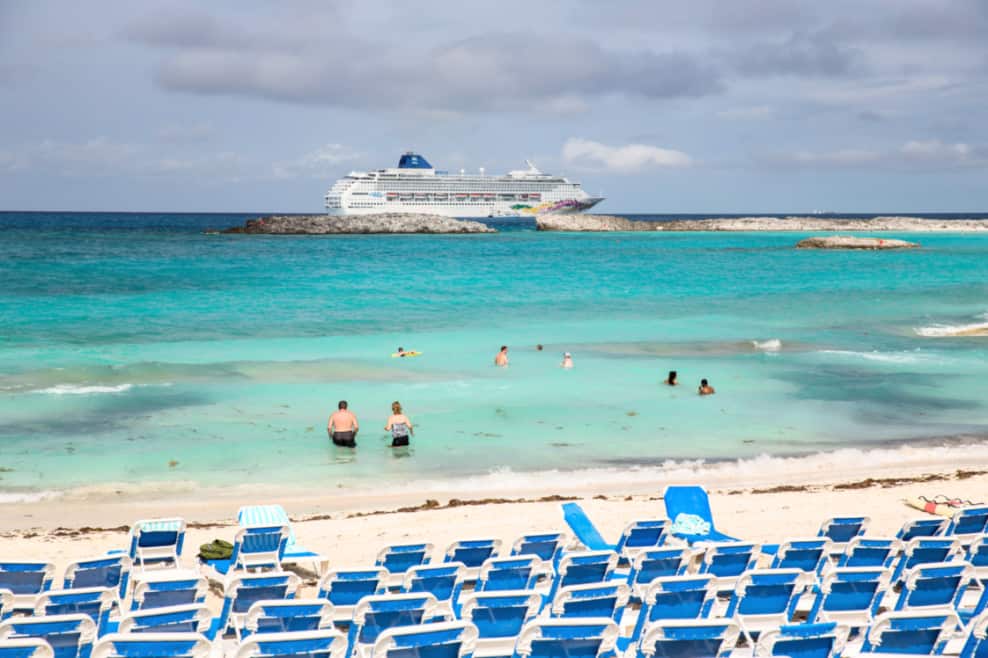