The Grinch Tries to Steal the Carnival AirShip 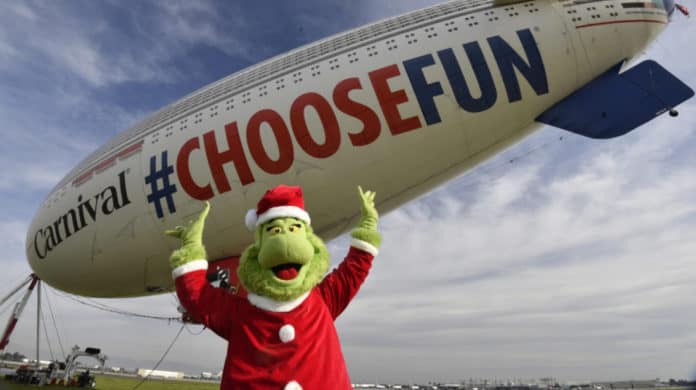 It’s Christmas eve and while children around the world await a visit from Santa himself, news is coming in about how The Grinch tried to steal the Carnival AirShip.

The Grinch and the Carnival Airship

It wasn’t all smooth sailing fro Carnival Cruise Line recently in the build-up to Christmas. The Grinch tried to steal the famous 128-foot long Carnival Blimp recently while it was in California. The Grinch can be seen inside the Blimp and letting loose the ropes as he no doubt tried his best to take it away.

Thankfully his attempt was a failure and the Carnival AirShip is now in safe hands. Maybe Santa will be able to fly past it when he’s doing his rounds tonight.

The Blimp is concluding its month-long tour of the west coast state of California which included a visit to the skies above Carnival Panorama’s naming ceremony in Long Beach in the first half of December 2019. It will also be visiting San Diego for when Carnival Miracle launches four-day to 15-day voyages from the port, the first sailing from there in seven years!

The Blimp will soon be flying to Miami, Florida for The Big Games along with many other festivities in the region.

The Grinch is part of Carnival’s Dr. Seuss at Sea program which includes many characters across all the ships in the fleet. The program is in partnership with Dr. Seuss Enterprises and offers plenty of onboard activities and experiences for the younger cruisers. The strange Christmas creature might even be seen roaming the decks this Christmas and kids can even get a photo opportunity with him.

Also Read: What to Expect on a Christmas Cruise

Across the fleet, there will be special Christmas shows for guests to enjoy including tomorrow a grand Christmas dinner in the main dining rooms. Even the crew will be able to enjoy the day with Turkey and traditional Christmas dishes in the mess.

You can read here how The Grinch stole Christmas last year when the Carnival Spirit was docked in Sydney, Australia. We wish all Cruise Hive readers a very Merry Christmas and a Happy New Year! 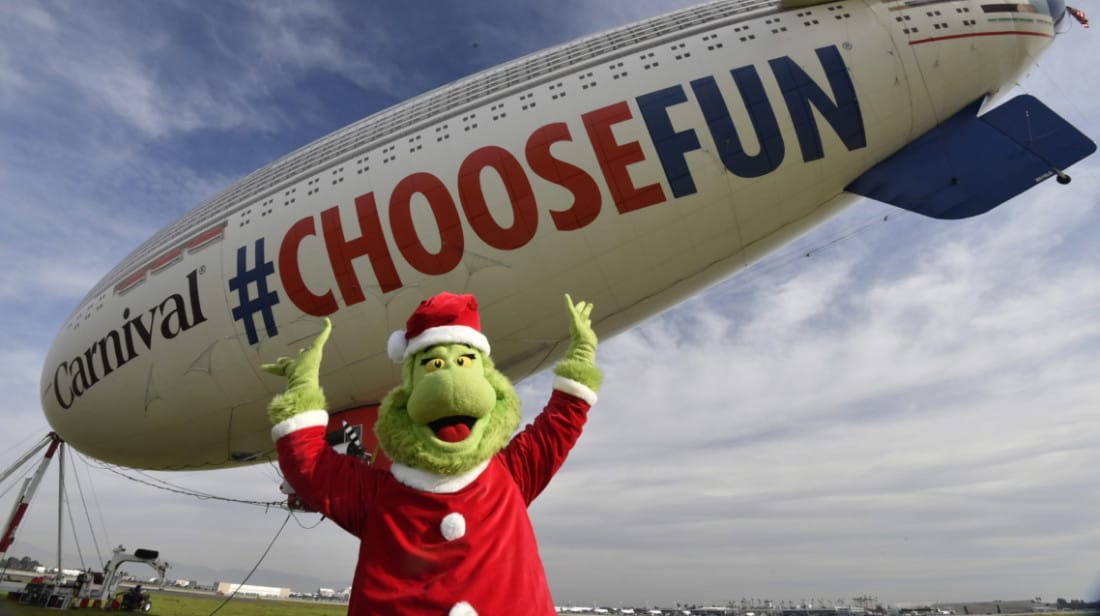