The Cruise Industry Is Looking Elsewhere

With the U.S. still closed for cruising, the industry is looking else where at alternative homeports including the Bahamas and the Caribbean. Should the U.S. be worried?

The news came after the announcement from Crystal cruises which will also begin operations from the Bahamas.

It seems then that the cruise lines believe that we can indeed cruise safely and securely. The move to announce homeports away from the United States could be seen as a power play as the cruise industry has traditionally been a massive contributor to the U.S. economy, and Florida in particular.

As Cruise Hive has reported already, the Miami-Dade mayor is really trying to push and get the industry opened back up.

Why Is This Happening?

The cruise industry has been taking hit after hit over the last 12 months. The cruise lines first adopted a voluntary stop to cruising last year in a sign of good-will as the extent of the COVID-19 pandemic became apparent.

However, despite the massive contributions the cruise industry has always made to the United States economy, it seems that the CDC has little motivation for a rapid start-up of cruising, even as the severity of the pandemic appears on the decline.

This is in stark contrast to many other nations which have been actively pursuing a restart of cruising within their borders, acknowledging the financial implications of not doing so.

The U.K., Italy, Spain, Israel, Singapore, The Bahamas, and St. Maarten have all eagerly accepted cruise ships within their borders, albeit with heavy health restrictions to safeguard crew members, passengers, and each nation’s population. Ships are required to have at least PCR testing done, and in some cases are requiring guests to be fully vaccinated.

Also Read: MSC Cruises to Begin a Range of UK Sailings From May

These countries are accepting the ships to sail and acknowledge that the results from the last few months onboard ships from Royal Caribbean, Dream Cruises, MSC, Costa, TUI, etc., are a testament to the safety of cruising right now. This is something the CDC seems to be dismissing.

Is It a Permanent Thing?

The move away from U.S. home ports will not likely be permanent. We can expect to see the ships moving back to the States as soon as the opportunities are there. The infrastructure already in place in the States cannot be replicated anywhere else, at least not in just a few months.

However, it seems that the CDC has missed a chance to set the right tone for cruising. As it stands now, they are behind the facts. The CDC could and should have taken an active and leading role in the return of cruising post-COVID.

This would have made sure the cruise lines were sailing under US-mandated policies and coordinated health and safety guidelines. For now, the cruise lines all have their own policies. The CDC has therefore missed a great opportunity.

Where Can We Cruise?

Several cruise lines have announced different home ports in the Caribbean and elsewhere, including Europe, the U.K., and Singapore. In the last days, things are looking good for those in the U.S. who want to go on a cruise this summer:

Royal Caribbean is back with cruises in the Caribbean starting from June. Adventure of the Seas will be based out of Nassau in the Bahamas, and she will offer 7-night cruises.

Starting from June 5, the Royal Caribbean cruise ship will have two back-to-back days at the cruise line’s private island of Perfect Day at CocoCay, a chance to explore Grand Bahama Island, and a visit to Cozumel, Mexico. More info here!

Crystal Cruises’ “Bahamas Escapes” will be offered on the Crystal Serenity luxury cruise ship from July through October.

The seven-night cruises will have two embarkation ports of Nassau and Bimini, offering further choice for those in the U.S. looking at flying over. The line even offers special fly packages too. More information can be found here.

We could see more cruise lines making the same moves to operate from different Caribbean ports. MSC and Royal Caribbean have been linked to Cozumel in recent weeks, while Barbados has always been a popular homeport for many smaller cruise lines. The wait could well be over if this trend continues! 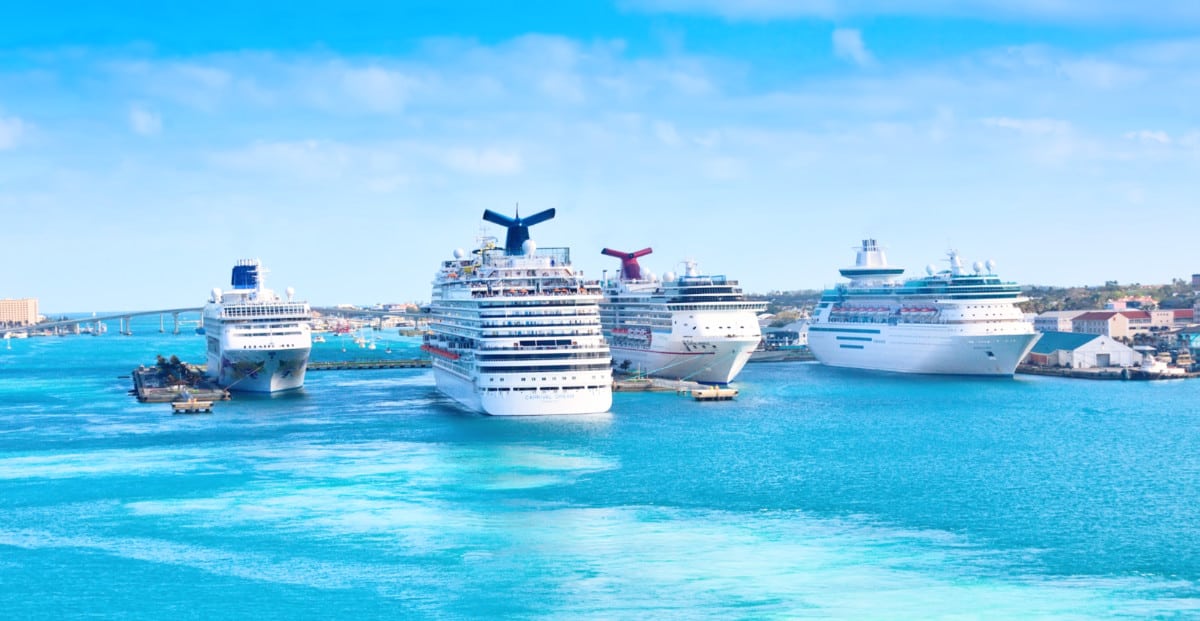