Testing to Begin on Longest Roller Coaster at Sea

The setup for testing has started for the longest cruise ship roller coaster on Dream Cruises’ Global Dream cruise ship.

The Longest Cruise Ship Roller Coaster is Getting Closer!

The test setup is being put together on land in Güstrow near the MW Werften shipyard in Germany which is where the giant cruise ship is under construction. The test build will make sure the innovative new feature is safe and the installation can go smoothly when the time comes.

Marco Hartwig, Project Manager Maurer Rides explains why the construction on land
is so important:

“Among other things, the test setup will be used to test the installation methodology especially designed for ship assembly. Furthermore, the conductor rail and gear rack along the roller coaster track, which is necessary for the generation and transmission in the electric motor, can be installed on land in advance. This saves valuable time during the ship assembly.”

“The aim is also to collect all the 93 support base points coordinates after the roller coaster has been completed and then forward them to the shipyard for preparation and positioning for the deck foundations. With the help of this elaborate procedure, we can ensure that the support base points on the deck of the ship are in the correct positions later.”

The test build will be thoroughly tested including the installation of three Spike vehicles which will eventually be seen whizzing thrill-seeking guests around the open decks of the Global Dream. Once the testing is complete it will all be dismantled and then transported to the shipyard for the real assembly onboard.

“Dream Cruises is extremely excited to be working with Maurer Rides to create this spectacular new attraction at sea on board Global Dream. We are thrilled with the progress of the construction of the roller coaster and are excited to unveil this ride to our guests when our ship launches.”

The Space Cruiser roller coaster will be located at the “Dream Park at the Pier” area on the open deck of the Global Dream. After leaving the station, the ride starts with an acceleration section followed by two closely spaced inclined 90-degree curves. The following two “camelbacks” provide a spectacular and breathtaking launch above the railing and the heads of the passengers, with a maximum speed of up to 60km/h (37 mph.) A 360-degree downward and upward helix form the end of the 303m (994 foot) long track before the vehicles reach the station again.

Global Dream will become one of the largest cruise ships in the world at an impressive 208,000 gross tons and 2,500 passenger cabins. The ship scheduled to be delivered to Dream Cruises in early 2021. 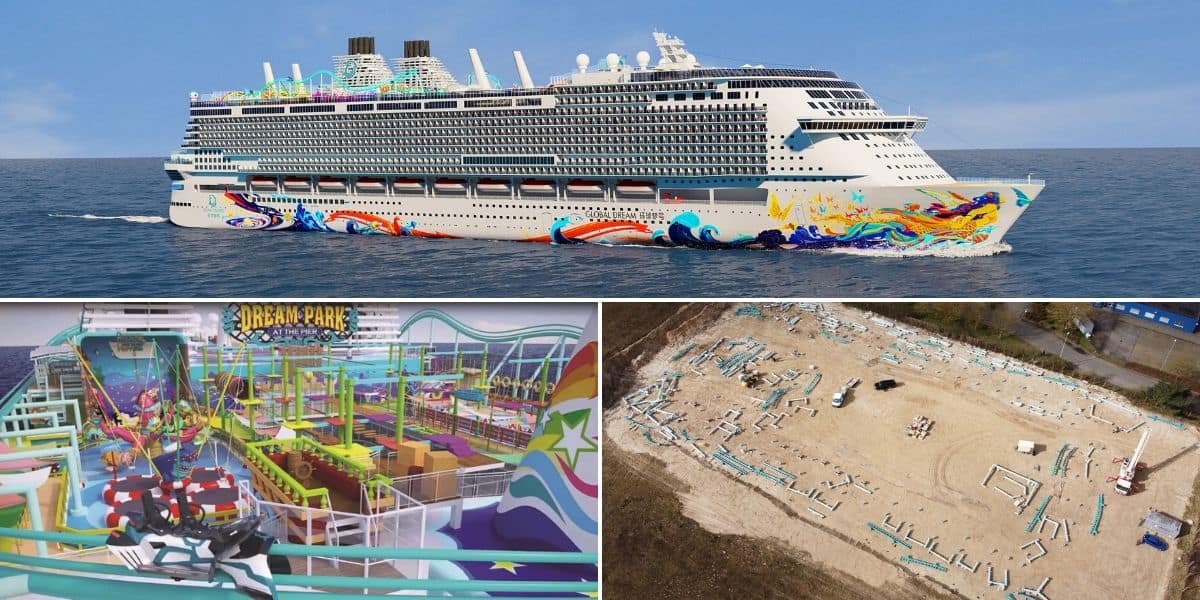