Tensions have been high aboard the MSC Meraviglia cruise ship which was denied by two cruise ports in the Caribbean.

It has all been kicking off aboard the MSC Meraviglia during its 7-day Caribbean cruise out of Miami, Florida. As tensions remain high due to the ship being denied at two Caribbean cruise ports and remaining onboard during health checks in Cozumel. Mexico.

Read our original post about the ship not being allowed to call at the ports due to fears of the coronavirus right here.

According to passengers, onboard pepper spray was used by security staff onboard against some drunken passengers. The incident occurred in the main atrium as musicians were entertaining guests from the piano. You can see one of many videos shared online of the incident below:

Pepper spray was apparently used by the crew members against the passengers and in the video one of them can visibly be suffering from that. It’s not exactly known as to why the brawl started but tensions have been high onboard with guests stuck onboard for several days due to the coronavirus fear in the Caribbean. Here is another view of what happened:

As far as we know there have been no serious injuries and the situation was later resolved between the guests and crew. The ship is currently heading back home to PortMiami to end its eventful voyage which has all come down to fears of the coronavirus, also known as COVID-19.

The MSC cruise ship was denied to call at Ocho Rios in Jamaica on February 25 and George Town in the Cayman Islands on February 26. The reason the ship was denied was due to one of the crew members having a case of the common seasonal flu. Not to take any chances, governments at both countries denied the ship in fear of the coronavirus which is spreading around the world.

The vessel was eventually allowed to dock in Cozumel, Mexico but guests were not able to disembark the ship and enjoy their time ashore until the crew member in question could be tested for the deadly virus. It was also stated by the cruise line a young female guest was tested too.

The cruise line has stated its frustrations towards Jamaica and Grand Cayman for spreading fear of the virus and anxiety for passengers by not letting the MSC Meraviglia visit the islands, Pierfrancesco Vago, Executive Chairman, MSC Cruises, said:

Mr Vago added, ”We would like to thank the Mexican authorities for their preventative health professionalism, which is the only way to demonstrate certainty to populations ashore, as well as to guests and crew on board.

”The disappointing decisions by Jamaica and Grand Cayman to bar our ship to allow our passengers to disembark and enjoy their islands was born out of fear, not best medical practice. This led to unnecessary and unjustifiable anxiety, not only for our passengers and crew on board, but right across the Caribbean’s tourism sector, and possibly even further beyond.”

The ship is scheduled to arrive back in Miami on March 1 as normal but due to the unexpected port issues and health measures, the ship is not making the scheduled call at MSC’s private island of Ocean Cay in the Bahamas today.

No doubt many passengers will be happy to leave the ship once she arrived back in Florida. The ship will then depart later in the day on another 7-day cruise but with different ports of calls. MSC Meraviglia is 172,598 gross tons with a guest capacity of 4,400 at double occupancy.

The cruise industry has been hit with fears of the coronavirus and especially after what occurred with the Diamond Princess cruise ship in Yokohama, Japan. Several ships have already been denied entry to ports not just in the Caribbean but in Asia too, even though there were no cases of COVID-19 onboard and just the common flu. Cruise destinations are testing suspicious cases in fear of passengers or the crew bringing the deadly virus to their shores. 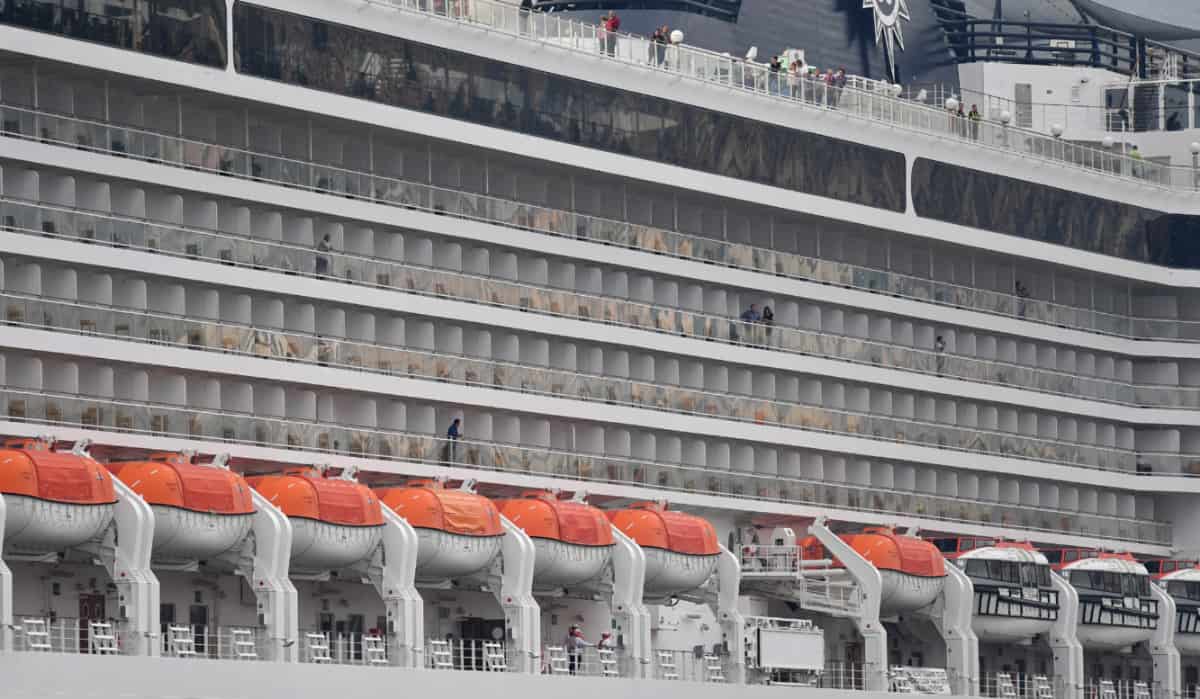