Take A Virtual Tour of The Upcoming MSC Meraviglia

MSC Cruises has released a brand new video which takes us on a virtual tour of the upcoming ship. Even though we have seen videos of the ship before, in this version we get to see all the highlights of the ship.

MSC Meraviglia is under construction at the STX France shipyard in Saint-Nazaire, France. Three months ago the vessel was floated out onto the water for the very first time and several major construction milestones have already been met. Before the large ship is completed in May 2017 all the interior spaces have to be fitted out and sea trials will need to be done. Sea trials will test the ship propulsion systems in many different ways.

MSC Meraviglia is the biggest cruise ship built for the cruise line so far but with another ten ships on order, it will quickly be overtaken. The vessel is 167,600 gross tons and will carry 4,500 guests at double occupancy. Another sister ship named MSC Bellissima will enter service in 2019.

Feel free to take another look at the MSC Meraviglia right here. 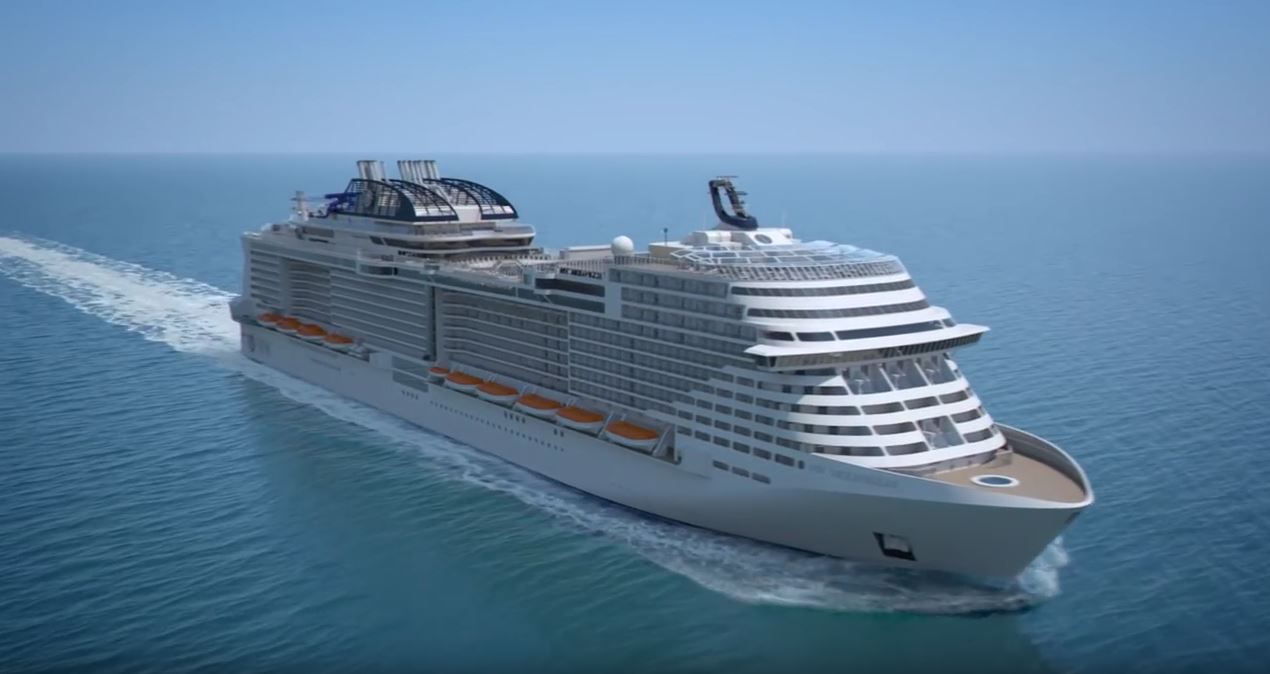