Take a Look at the First Ever Virgin Voyages Cruise Ship

You probably already know by now that Virgin Voyages revealed details and renderings of its first ever cruise ship.

We’ve been following the newcomer to the industry for a while now and everyone can rest easy thanks to new renderings released by Virgin Voyages at the end of October 2017. The Miami-based cruise line celebrated the keel laying ceremony at the Fincantieri Genoa shipyard and during the event details and renderings were revealed. The ceremony was attended by Sir Richard Branson along with key executives from Virgin and the shipyard.

Virgin Voyages will be for adults only and will bring a new way of cruising. Based out of PortMiami the first ever Virgin cruise ship will be 110,000 gross tons and be able to carry 2,800 passengers along with the happiest 1,150 crew members at sea! If you’re buzzing with excitement then you can also get in early with a $500 deposit so cruisers can be the first to secure a cabin when the ship begins service in 2020.

Expect more details to be released through 2018 and 2019 including the ship name, onboard features and coverage from the shipyard as major construction milestones are met. 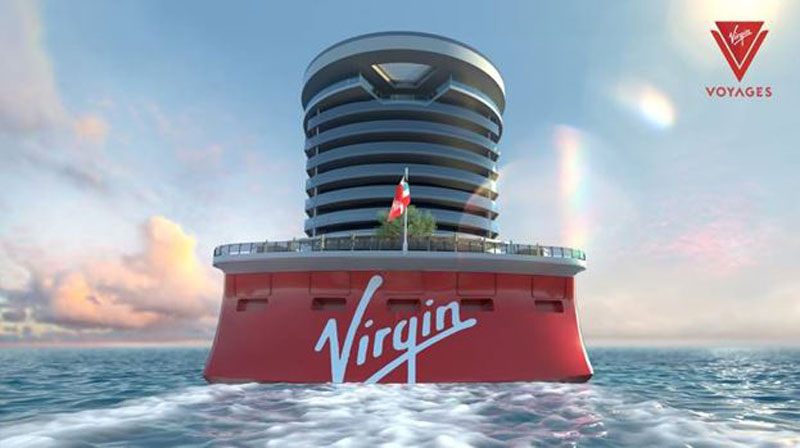