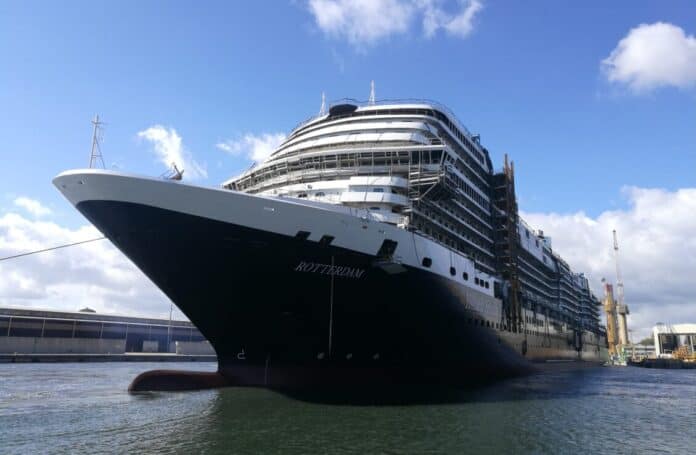 Holland America Line’s new cruise ship name Rotterdam has been floated out at the Fincantieri Marghera shipyard in Italy.

Following her coin ceremony a week before, Rotterdam has floated out onto the water for the very first time at the Fincantieri Marghera shipyard in Italy. It marks one of the most important construction milestones before finally being delivered to the cruise line.

Rotterdam was fully floated out yesterday and then moved to the outfitting pier where the focus will shift on fitting out all the interior spaces. Having said that, work will still continue on the exterior but now all the blocks are together this can be done while floated on the water.

Rotterdam Float Out
1 of 8

The next major milestone will be when the vessel begins sea trials in early 2021 and then when she is finally delivered to Holland America Line in the summer. She will debut on August 1, 2021, from Trieste, Italy then on August 8 will depart on a 14-day voyage from Civitavecchia that ends in Amsterdam. Rotterdam will end up sailing to Fort Lauderdale, Florida which will complete her inaugural season in Europe.

Rotterdam is the third Pinnacle-class cruise ship and has a guest capacity of 2,668 and will be 99,500 gross tons. The cruise line will announce naming ceremony details at a later date.

All Photos Via: Holland America Line 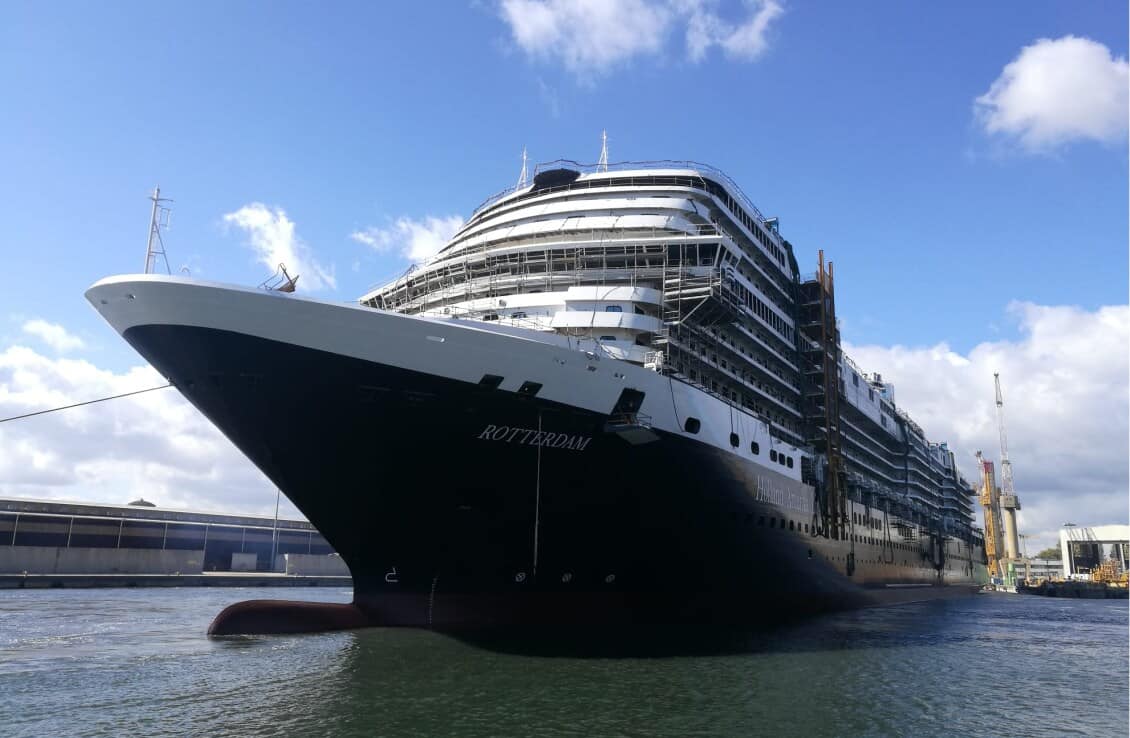