Stunning Photos As Norwegian Escape Is Revealed During Float Out

The Norwegian Escape was floated out on August 15th at the Meyer Werft shipyard in Papenburg, Germany. For the first time the world has been able to view the new cruise ship properly and now Cruise Hive has been given permission to showcase some stunning photos.

Norwegian Cruise Line’s largest ever ship began floating from the building dock at around 9 AM local time and took several hours. It was the first time the entire ship had been seen by the public. Norwegian Escape also showed off its brand new hull artwork by Famed marine wildlife artist Guy Harvey. The marine themed artwork was completed just last month.

The photos below have been provided by Andreas Depping from Cruise Ship Gallery. Thankfully he was on hand getting the best shots as possible while the large vessel was floating out.

Over the coming weeks the ship will start to come to life with crew setting up their departments and the interior spaces starting to look like those renderings we’ve seen so much of. Norwegian Escape will be fully completed by late October when it begins cruising. After the ships debut in Europe it will begin sailing from Miami, Florida on seven-day Eastern Caribbean cruises on November 14th. 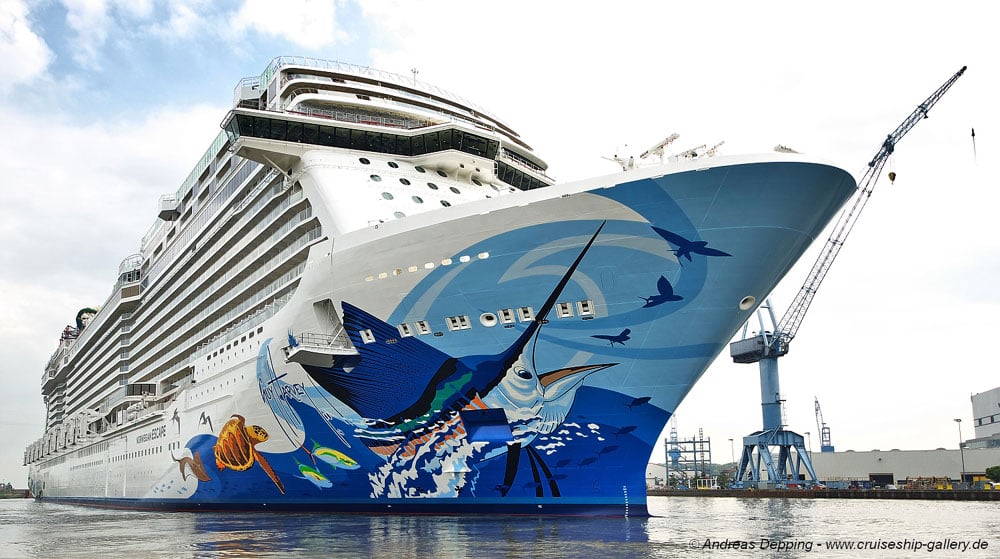