A slight scare on Monday Feb 9th when a Thomson cruise ship got caught in string currents and winds while anchored at Grand Cayman.

Local media in Grand Cayman is reporting that the Thomson Dream requested help from the Cayman Port Authority. the ship was caught in a sudden change in the ocean currents and the winds which forced the vessel to swing around and get closer to the shore.

Authorities sent two tug boats to help push the 55,000 gross ton ship back to a safe distance away from the Cayman shore line. All cruise ships must anchor when calling at the port but when the currents or winds are strong very often a vessel will cancel the port of call. In this case the conditions were fine when the Thomson Dream first arrived at Grand Cayman.

The authorities inspected the ship and thankfully there was no damage done. There was a fear that the cruise ship may have been damaged from getting too close to the ocean bottom. There were no injuries and the Thomson Dream departed as scheduled which was around 5 pm.

The Thomson Dream is a British based cruise ship which mainly caters for UK passengers. The ship was on a 7-night Caribbean cruise which departed Montego Bay, Jamaica on Feb 3rd. 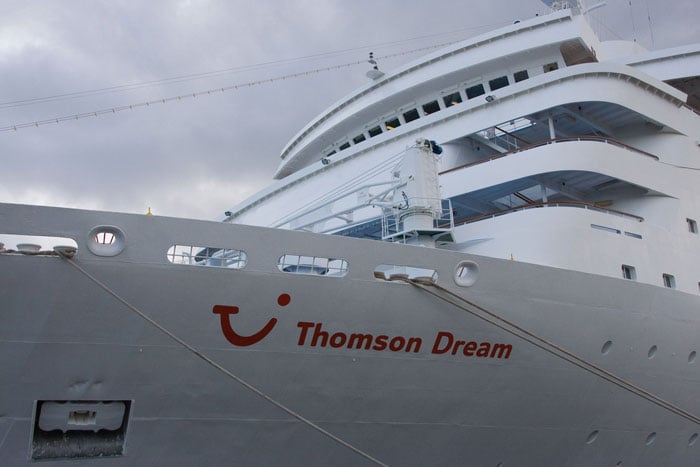