St. Thomas has just experienced Hurricane Maria and it really doesn’t look good with widespread flooding and further damage after Irma earlier in the month.

Hurricane Maria has followed in the footsteps of Hurricane Irma and caused major damage and devastation at many popular cruise destinations in the Eastern Caribbean. New photos and footage are starting to come out from St. Thomas which Maria has not long passed as a category 4.

Posted by I Like Cruise Ships on Wednesday, September 20, 2017

As seen in many of the photos posted by our friends at I Like Cruise Ships St. Thomas has some bad flooding in many areas. One of the photos shows the marina and shops just across from the main cruise port in Charlotte Amalie totally flooded out and damaged.

Footage from Mike Brennan was posted online too as Hurricane Maria came close to St. Thomas. We get a glimpse of the cruise ports and surrounding area including downtown.

St .Thomas which is located in the U.S Virgin Islands has now suffered from a second powerful Hurricane and with further damage and devastation, it will take a long time until cruise ships will go back.

Hurricane Maria has now passed St. Thomas and Puerto Rico. The storm which is expected to become a category 4 once again is heading towards another popular cruise destination of Grand Turk.

Relief efforts will continue from authorities and cruise lines but now the struggle ahead will be even harder. Our thoughts go out to all the people there affected and we hope they can recover in time. 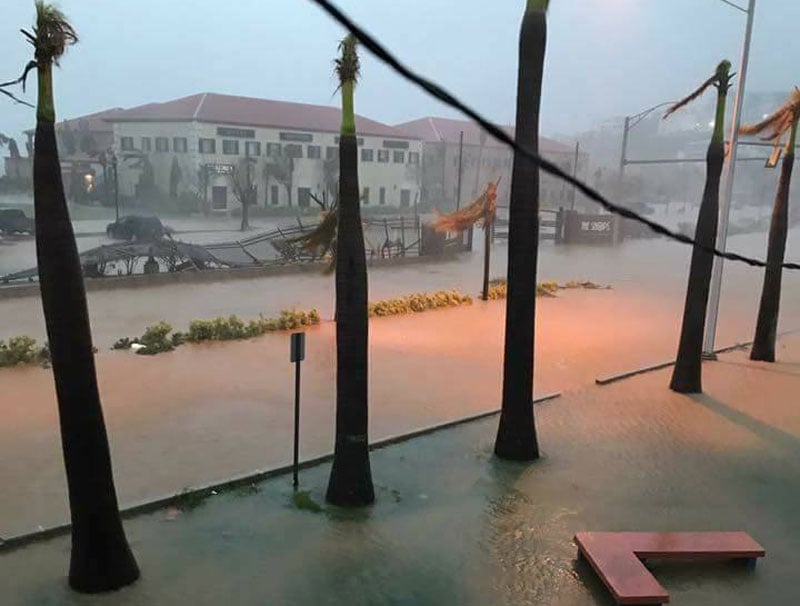