After an intensive and detailed six-month evaluation of whether the SS United States would be able to become an operating ocean vessel once again, Crystal Cruises has decided not to go ahead and bring the historic ship back to life.

Crystal Cruises announced back in February it would do a comprehensive feasibility study and professional evaluation to see if the 1950’s iconic SS United States would be brought back to life after being docked at the Port of Philadelphia, where it has been for 20 years.

This is what the SS United States would have looked like if the feasibility was a success:

“Over the past six months, Crystal has conducted an extensive feasibility study to restore ‘America’s Flagship’ to oceangoing service. Unfortunately, the hurdles that would face us when trying to bring a 65-year-old vessel up to modern safety, design and international regulatory compliance have proven just too great to clear in both a technically and commercially responsible manner.”

Regrettably, the technical feasibility study concluded that while the ship is remarkably intact and structurally sound, modifying the ship for today’s standards for oceangoing service (SOLAS) would require significant changes to the hull that would pose stability challenges. Additionally, the installation of a modern, state-of-the-art diesel electric propulsion plant would have necessitated altering of the existing shaft lines and rebuilding about 25 percent of the hull to reconfigure the ship to a twin shaft-twin rudder arrangement. While it was known that the vessel would need to have been essentially rebuilt from the inside out, these specific challenges, among others, collectively posed significant risk to the success of the project.

“Our company has great affection for this historic and irreplaceable vessel, and we will be making a $350,000 donation which will help support the Conservancy preserve the vessel through the remainder of the year”

“We firmly believe the SS United States is an American treasure and deserves to be preserved and redeveloped as a stationary destination for future generations to experience and enjoy.”

Even though Crystal Cruises will not be turning the ship back to its former glory, the SS United States Conservancy will still continue to find a developer to secure the ships future. Crystal is giving $350,000 to help support the ship in the hope it can be saved. 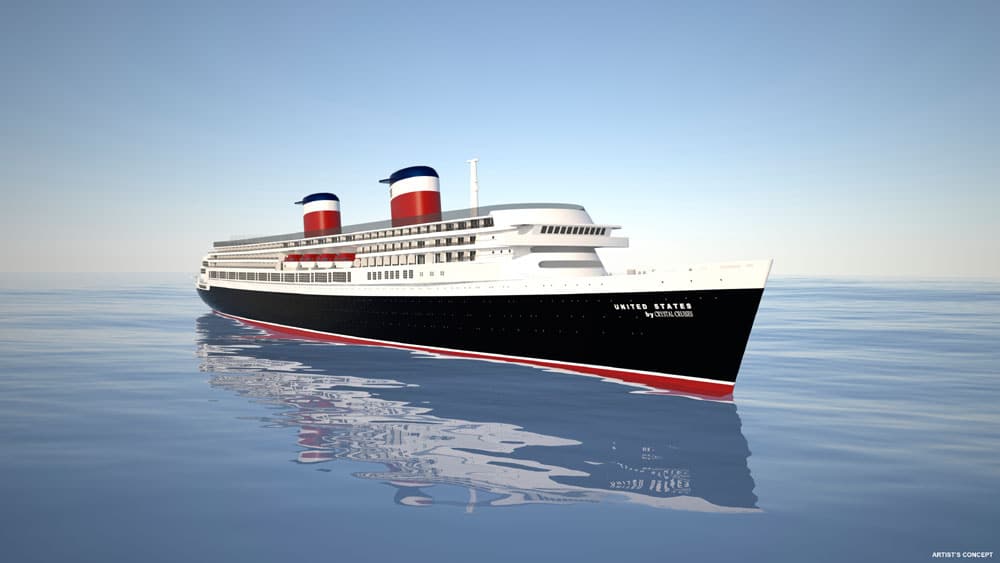