So Far No Cruise Ships Affected by Tianjin Explosions

Is Royal Caribbean Planning to Homeport in Cozumel?

At the moment no cruise ship have been affected by the large explosions that went off in the Chinese port city of Tianjin.

Just to keep all our readers informed regarding the Chinese port city of Tianjin where large explosions rocked the entire region late on Wednesday night. Tianjin is an active cruise port that mainly caters to Royal Caribbean’s 138,280 gross ton Mariner of the Seas. Royal Caribbean have confirmed that the vessel is still expected to depart Tianjin port on August 15th as scheduled.

Below is a statement from the cruise line:

We are currently monitoring the situation in Tianjin, China, and are in regular contact with port authorities. Based on the current information, there are no changes to Mariner of the Seas’ scheduled departure on Saturday, Aug.15.  As more information becomes available, we will update our guests and crew.

Below is a video of the explosions but please be aware that it is intense and shocking with some bad language:

Royal Caribbean is in contact with the Tianjin port authorities regarding the latest developments and will keep passengers and crew onboard updated. According to reports the explosions were cased from dangerous chemicals that were being stored in a warehouse at the port area. Chinese authorities are currently investigating the shocking tragedy that has caused widespread damage to nearby buildings and sadly killed at least 50 people. Cruise Hive’s thoughts are with the families and friends.

We’ll update this post when more details are released. 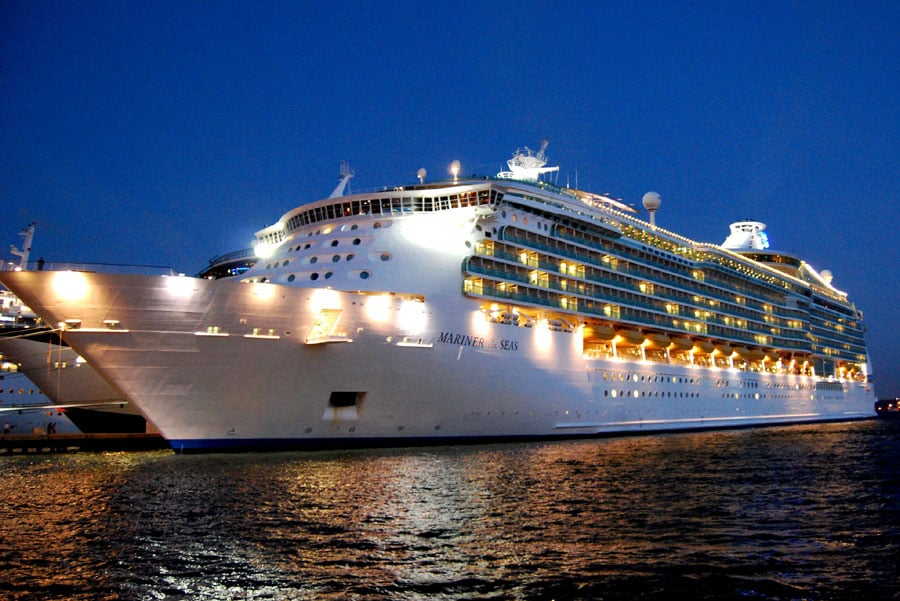