A small engine room fire broke out on the Carnival Legend cruise ship on Friday and the crew managed to extinguish it successfully.

It’s always worrying when the captain comes over the main intercom system and announces a fire, but in this case, the crew handled it well and there was no risk to guests or disruption to daily activities. The news was first shared from the Crew Center site that a fire broke out on September 20, 2019 while the Spirit-class Carnival ship was sailing into Glacier Bay National Park in Alaska.

There was an announcement by the captain for the fire crews to get to their desired locations not long after 7:00 AM on Friday. There were several announcements made by the captain which were also heard inside guest cabins, as is normal procedure for emergency operations. The fire was extinguished not long after, and the site mentions that there was no threat to passengers or any injuries. The voyage was not delayed in any way.

Hi John, we are currently enjoying our Journeys cruise on the Legend. This morning we were awoken by an announcement to call for some team to the a section of the ship. Shortly after there was another asking all crew to report to their staging areas. We started to be concerned as to what may be happening so early in the morning and why the announcements were in the rooms.

Shortly after the captain came on to inform the guests that there was a fire in one of the engine rooms and they were working to contain it and extinguish it and that he would keep us updated. After some time, he came back on and announced it had been extinguished and all guests and crew were safe.

I am writing to you to let you know how amazing and calm the crew were in dealing with this. There was no disruption to our cruise or itineraries. I just want you to know how grateful we are to the entire Legend crew and their professionalism. They went back about their day to make sure we had fun, enjoyed the beautiful Glacier Bay and made sure we had full tummies. This just proved why we love cruising Carnival!!

Cruise ships do have highly trained fire crews on board and often they will go through fire drills and training activities to deal with such a situation like on the Carnival Legend.

The ship is currently on a 9-day cruise in Alaska based out of Vancouver, Canada. The ship departed her homeport on September 17 and is scheduled to arrive back as normal on September 26. Today Carnival Legend is calling at Skagway and then on to Juneau on September 23 and finally Ketchikan on September 24 before returning home. 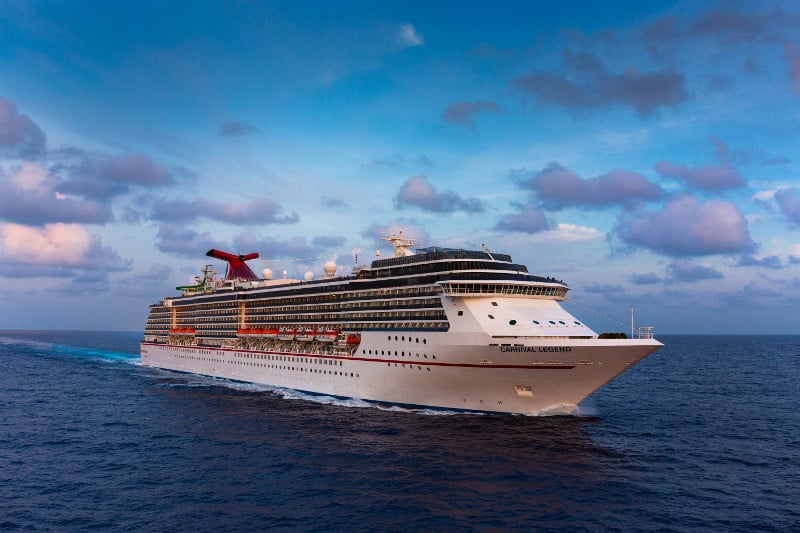