Six Holland America Cruise Ships to Restart From the U.S. This Fall

Holland America releases its plans for six cruise ships that will restart operations from the U.S. this fall. Two ships will begin sailing from the West Coast and four ships out of Florida.

This news comes as cruise lines plan on resuming operations safely with health protocols in place. Holland America has already announced that cruises will restart out of Seattle to Alaska in July.

The Carnival-owned cruise line is gearing up for a big return to service this fall with six cruise ships. Koningsdam and Zuiderdam will be based out of the Port of San Diego in California from September 2021.

Nieuw Amsterdam, Eurodam, Nieuw Statendam, and the all-new Rotterdam will be based out of Fort Lauderdale, Florida with a range of Caribbean cruises along with calls to the cruise line’s private island of Half Moon Cay in the Bahamas.

“San Diego has always been an incredible homeport for our ships, and we are eager to restart on the West Coast with two ships operating an expanded season, including the debut of Koningsdam on these itineraries and close-to-home California cruises that our guests are going to love.”

“We’ve also been anticipating announcing our plans for the Caribbean and we’re thrilled to have four ships in the region, including our new Rotterdam. Cruising is back and having vaccinated ships for these cruises in 2021 ensures that we can deliver the experience just how our guests remember and expect. We’re ready to cruise!”

The cruise offerings from Holland America Line will be guests who are fully vaccinated at least 14 days before departure. this pretty much follows the trends of other cruise lines with guests also needing to show proof of being fully vaccinated including out of Florida.

Even though Holland America is returning to service in the U.S., the situation in other parts of the world are not as good. there are further cancellations for cruises in Asia, Australia and New Zealand and South America for the remainder of 2021.

The further cancellations impacts cruises for Noordam based in Asia, Oosterdam down under in Australia, and Westerdam in South America. There are also fall cancellations for Volendam and Zaandam. Impacted guests are being provided with options, including the choice of moving to a similar cruise in 2022, a 110% future cruise credit, or even a full refund. 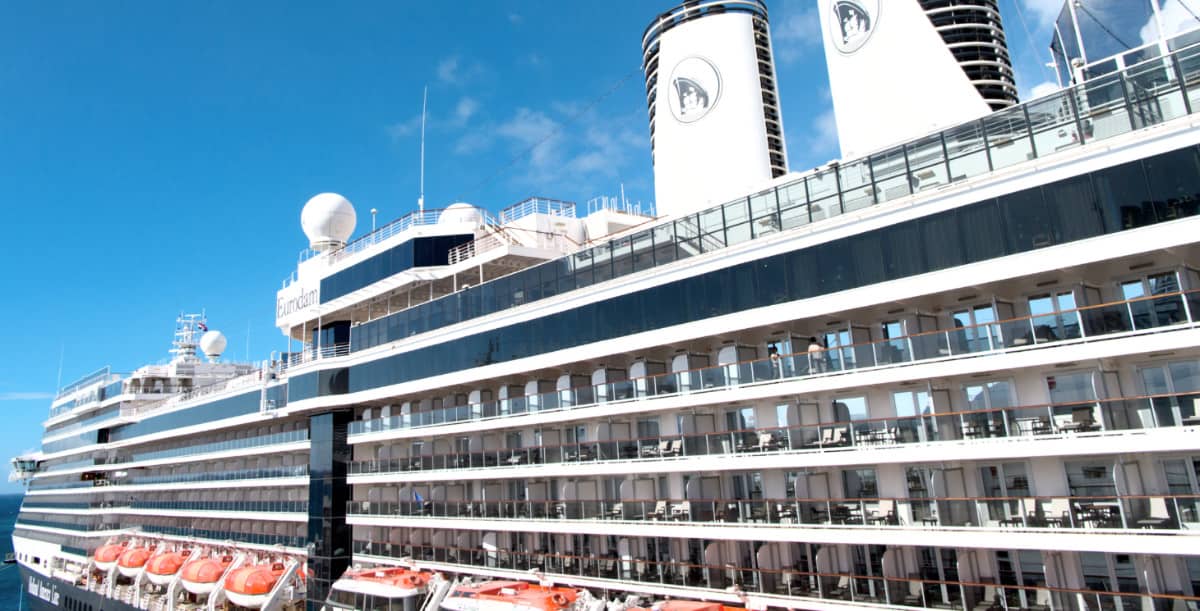