During a virtual unveiling ceremony, Silversea Cruises revealed the plans it has laid out for its 136-day East to West World Cruise. The voyage, which Silversea calls the Controtempo World Cruise, will set sail from Tokyo, Japan, and will end in New York City.

Guests who choose to do the entire voyage onboard Silver Dawn will spend more than four-and-a-half months traveling to 59 destinations in 30 countries across four continents.

Those that would like to only certain portions of the voyage have a choice of 10 different segments that highlight some of the world’s most iconic destinations.

Silverseas has revealed Silver Dawn will be sailing on a 136-day World Cruise from Tokyo, Japan, on January 13, 2025, arriving in New York City, USA, on May 29, 2025. The vessel will be sailing on an east-to-west course, during which she will visit 59 destinations in thirty countries, spanning four different continents.

Silversea aims to make its world cruise anything but standard. Sailing during months when other ships are ordinarily not in the region, Silversea wants to show guests some of the world’s most iconic and off-the-beaten-path destinations as they truly are.

“Feeding the incredibly high demand for extended voyages, our destination experts have designed our new Controtempo World Cruise 2025 to sail offbeat, enabling the world’s most experienced travelers to rediscover the world in a whole new light,” says Roberto Martinoli, President and CEO, Silversea Cruises. “Controtempo, a musical term that means ‘off-tempo’, will take guests closer to the authentic heartbeat of iconic and off-the-beaten-path destinations.

It will be the first time Silver Dawn has sailed on a world cruise. The 2021-built ship was christened in April of this year and is part of the Muse-class of ships, the largest ever built for the cruise line. Silver Dawn has a tonnage of 40,791 gross tons and can accommodate 596 guests in 298 cabins.

Guests will be pampered by 411 crew members while eating and lounging in eight different restaurants and a wide variety of bars, lounges, a theatre, and a spa.

Although the entire voyage length is 136 days, guests can opt to do one of ten different segments that vary in length. The first section sails from Tokyo to Hong Kong, which features an in-depth exploration of Japan, with visits to Kagoshima, Osaka, and Naha, with visits to Xiamen, and concluding with an overnight call in Hong Kong.

During the next three segments, from Hong Kong To Singapore, Mumbai, and Istanbul, between January 27 through March 16, guests will be able to make an in-depth exploration of South East Asia, in particular, Vietnam.

In Singapore, guests will be enjoying 360-degree views from 57 stories up at the Marina Bay Sands while sampling the very best of Singapore’s famed street food.

Between Singapore and Mumbai, there will be a special 3-day overland tour visiting rural Malaysia and Kanchanaburi for a River Kwai Bridge cruise. After boarding Silver Dawn again, they will spend no less than 11 days in Sri Lanka and India.

After leaving India, Silver Dawn will set sail to the Red Sea, visiting Jeddah in Saudi Arabia, Petra in Jordan, and Luxor, Egypt. After a visit to Jerusalem, the ship will be sailing to Istanbul.

Sailing from Istanbul to Stockholm in the following four segments, guests will be able to visit places such as Naples, Italy; Volos—a gateway to Greece’s oldest acropolis, Sesklo—the highlight of the voyage’s fifth segment; as well as Nafplion, Greece; and calls in Portugal, Spain, France, and the United Kingdom.

The ship then sets sail to Northern Europe, visiting Rouen, Hamburg, Copenhagen, Tallinn, and Helsinki on the eighth segment. After visiting Norway, the guests will bid farewell to continental Europe and set sail to Iceland, Greenland, and the Canadian east coast, before arriving in New York City on May 29.

The pre-sale is already underway for Silverseas’ Venetian Society members, while sales open to the general public on August 2, 2022. 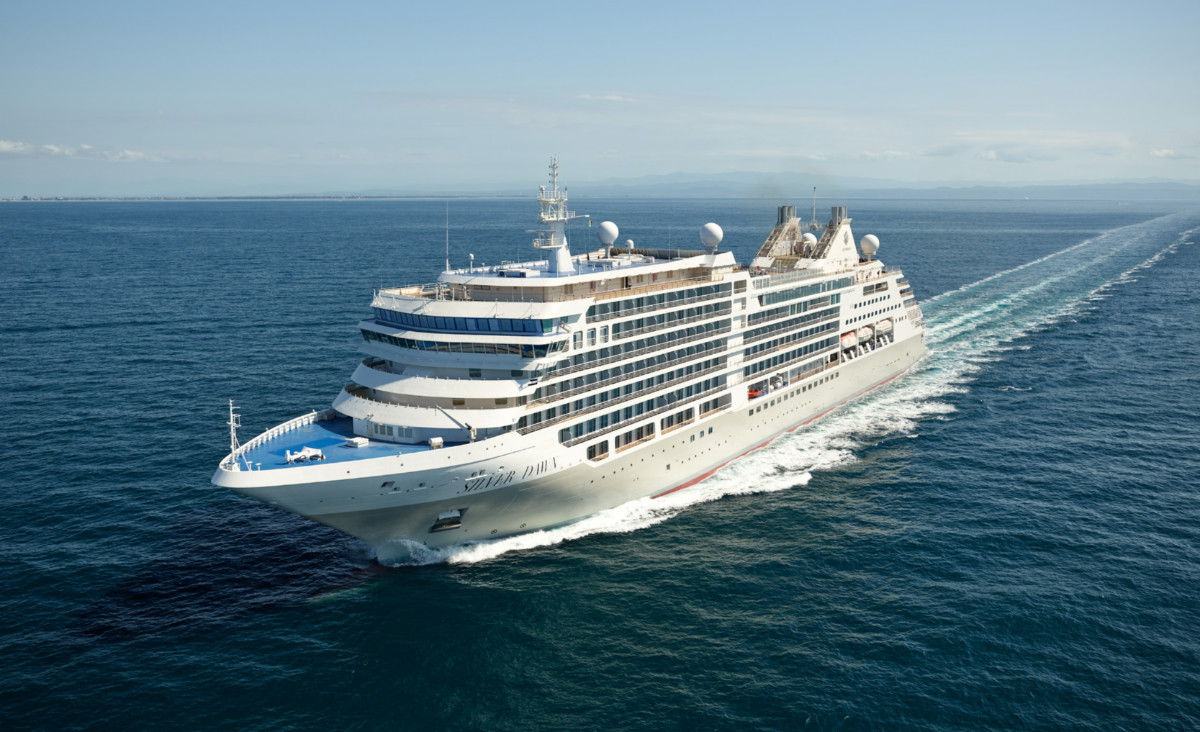