A 60 ton crane has fallen next to the Royal Princess cruise ship at the Fincantieri shipyard in Palermo, Italy.

The large crane was fixed to a platform when it fell near the ship while undergoing a scheduled dry dock. Local news reports the accident occurred during a lifting operation. The crane plummeted to the ground yesterday where thankfully there were no workers at the time. No injuries have been reported.

There were workers in the surrounding area at the shipyard. Some damage was done and there are no reports in any dry dock delays.

Royal Princess has been at the shipyard since September 25 and will leave on October 6, 2016. The scheduled refurbishment is adding some suite upgrades along with a refresh internally and externally. 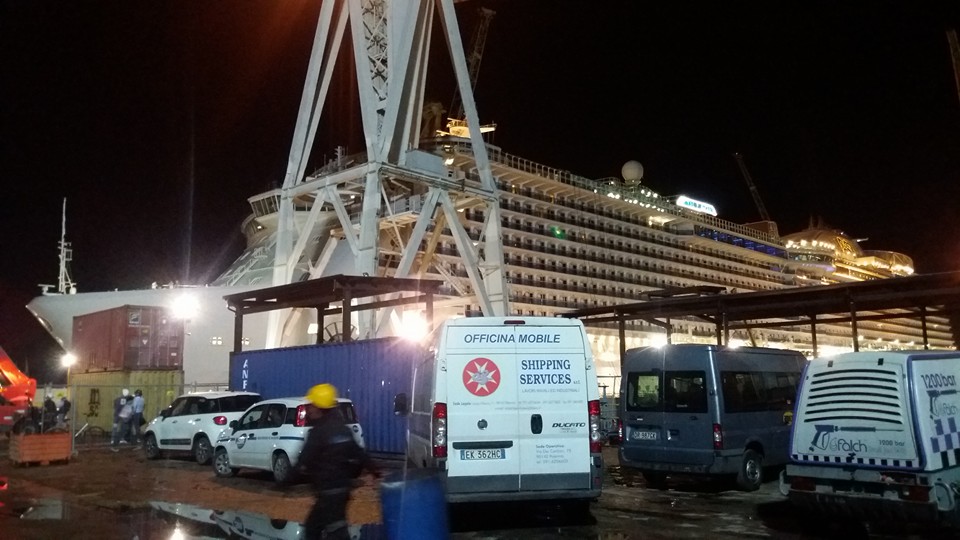