The seventh Viking Cruises ocean vessel has floated out on to the water for the very first time at the Fincantieri shipyard.

Viking Venus Floats Out at Shipyard

Viking Cruises is celebrating a major construction milestone for the luxury vessel named Viking Venus. The ship floated out on to the water for the very first time at the Fincantieri Ancona shipyard in Italy.

The complex float out operation began at approximately 11:30 AM local time when the cord was cut which then allowed water to fill up the building dock. Once the two-day process is complete the Viking Venus will shift to a nearby outfitting dock where the final phase of fitting out all the interior spaces will begin.

“We started Viking’s ocean project eight years ago, and together with Fincantieri we have built the world’s most beautiful ships. Today we are pleased to celebrate this important milestone in the construction of our seventh ocean ship.”

“As the world continues its path to recovery from COVID-19, we remain focused on the future, and with strong bookings for 2021 and the enthusiasm of our guests, we are optimistic about what is to come. I would like to thank our partners at Fincantieri and everyone working at the yard in Ancona for the hard work and dedication on the building of Viking Venus, and we look forward to welcoming her to our fleet early next year.”

Even though there have been many new cruise ship delays recently the cruise ship is still set to debut in 2021 and spend her inaugural season sailing the Mediterranean and Nothern Europe.

Viking Venus will join six other identical ships in the fleet including Viking Star, Viking Sea, Viking Sky, Viking Sun, Viking Orion, and Viking Jupiter. The ship has a guest capacity of 930 with 465 staterooms at 47,800 gross tons. 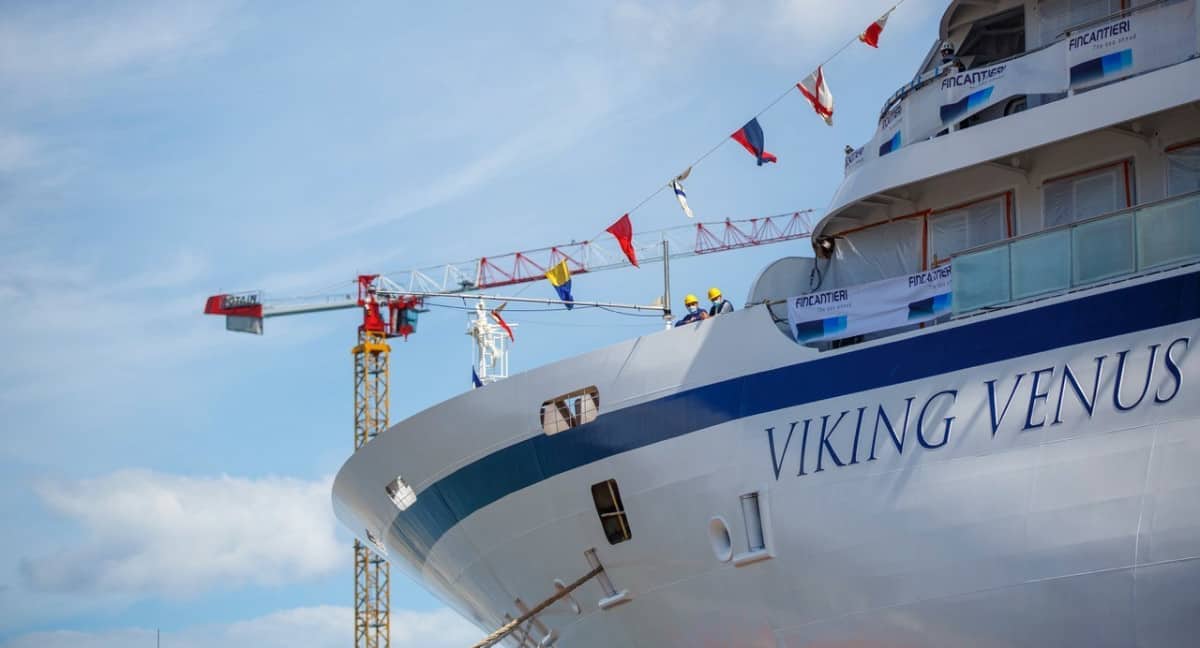