Carnival Cruise Line has chosen the senior officers for its next new cruise ship Carnival Horizon.

The Senior officers have been selected by the cruise line where experience and dedication will take control of Carnival Horizon which is a cruise ship currently under construction at the Fincantieri shipyard in Italy.

Captain Luigi De Angelis – A 22-year veteran of Carnival Cruise Line, De Angelis joined the company as a deck cadet aboard the Carnival Imagination in 1995 and was named captain in 2010. During his Carnival career, De Angelis has been part of the start-up teams of five ships and most recently served as master of the line’s newest ship, Carnival Vista, during its inaugural season in Miami.

Chief Engineer Rosario Capilli – Capilli joined Carnival in 1990 following a career in the tanker and cargo industries in his native Italy. He was named chief engineer in 2002 and has served in this capacity on a number of Carnival ships, including Carnival Vista during its inaugural season. During his 27-year Carnival career, Capilli has served on the start-up teams for three Carnival ships.

Hotel Director Pierre B. Camilleri – Now in his 13th year with Carnival, Camilleri joined the company as hotel director after managing hotel and resort properties in his native Malta, as well as North Africa, Italy and China. He has served as hotel director on several Carnival ships and traveled to Italy to be a part of the inaugural teams for the line’s two most recent newbuilds – Carnival Breeze and Carnival Vista.

The three senior officers bring a vast of experience to Carnival Horizon and they will be involved in the ship even before it is delivered to Carnival in Spring 2018. They will be among the first out of other officers, staff, and crew to step onboard the second Vista-class vessel and make sure the ship is ready for service.

Carnival Horizon will be a 133,500 gross ton vessel and will have 1,400 crew members onboard. The ship’s maiden voyage will begin on April 2, 2018, on a 13-day cruise from Barcelona, Spain. The ship will head on over the U.S. with cruises out of New York from the end of May and then a year-round service from Miami, Florida from September 2018. 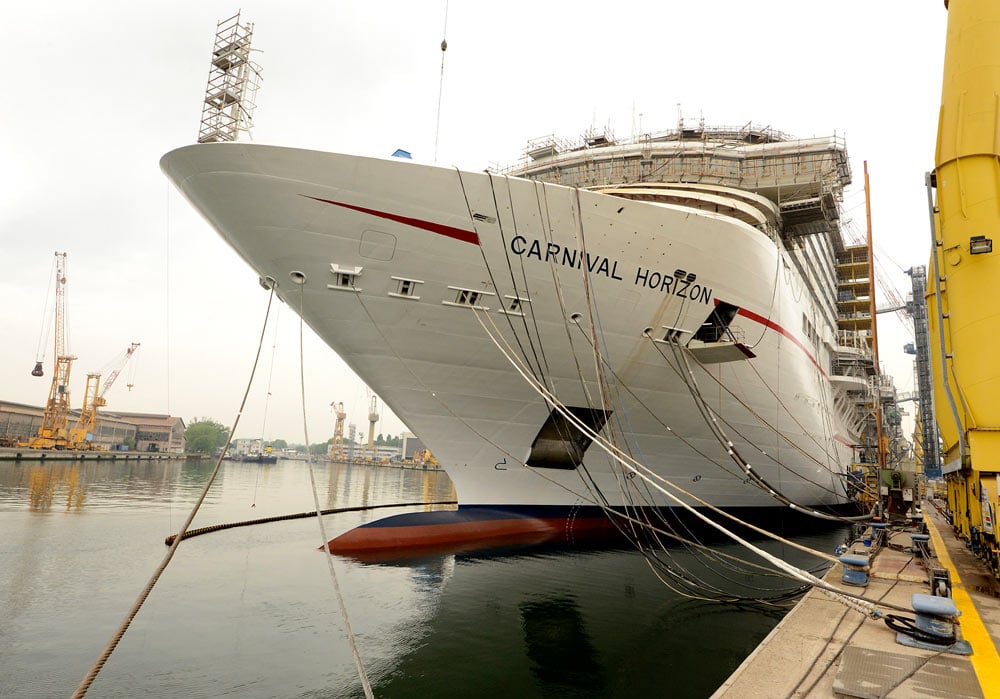