The cruise line has announced the senior leadership of the Carnival Radiance cruise ship which will debut in April 2020 after a huge $200 million transformation. The ship which is currently known as the Carnival Victory will undergo a dry dock in Cadiz, Spain and once completed will have an experienced leadership team who have been detailed below:

Captain Bonica will command the ship during dry dock while Captain Mazzi will take over once the vessel begins service in the U.S. Bonica attended Istituto Tecnico Nautico Caio Duilio in Messina and joined Carnival as a third officer in 2000. He was named captain in 2017 and has served on virtually every ship in the fleet during his two decades with the company.

Hailing from La Spezia, Italy, Mazzi served in the Italian Navy and joined Carnival Cruise Line as a deck cadet in 2000. During his 20 years with the company, he has served on a number of ships in the fleet, most recently as captain of Carnival Fantasy, Ecstasy and Victory.

A 25-year Carnival veteran, Lombardo followed in his footsteps of his father, also a chief engineer with the company, when he joined Carnival as a third engineer aboard Carnival Ecstasy. After working on a number of vessels across the fleet, he was named chief engineer in 2007 and has served in this capacity primarily aboard the line’s Destiny-class ships.

The Cork, Ireland, native and 16-year company veteran was part of the inaugural team that introduced Carnival Radiance’s sister ship, Carnival Sunrise, last year. Bourke joined Carnival Cruise Line in 2004 and was promoted to guest services manager in 2009 before being named hotel director in 2016. Her hospitality career began at the Hayfield Manor Hotel after earning her degree from the Cork Institute of Technology in Ireland.

The name Carnival Victory will be no more as the shiny new Carnival Radiance will debut on April 29 following an extensive makeover with new features and experiences. The ship will depart Miami, Florida on March 2, 2020, and begin her 38-day dry dock in Cadiz, Spain.

The vessel will debut in Europe on April 29, 2020, with a 10-day sailing from Barcelona. This also kicks off the ship’s nine-day to 12-day cruises in the Meditteranean. Carnival Radiance will shift to New York and offer 4-day to 9-day voyages to Bermuda, Caribbean and Canada. She will also sail 5-day to 7-day cruises from Norfolk on the U.s. east coast.

Also Read: Carnival Victory to be Transformed into Carnival Radiance

In November 2020 the transformed Carnival cruise ship will begin sailing out of Port Canaveral, Florida with 6-day to 8-day cruises through May 2021. After that, the ship will move to Galveston, Texas so even more cruisers will be able to experience one of the freshest ships in the fleet. 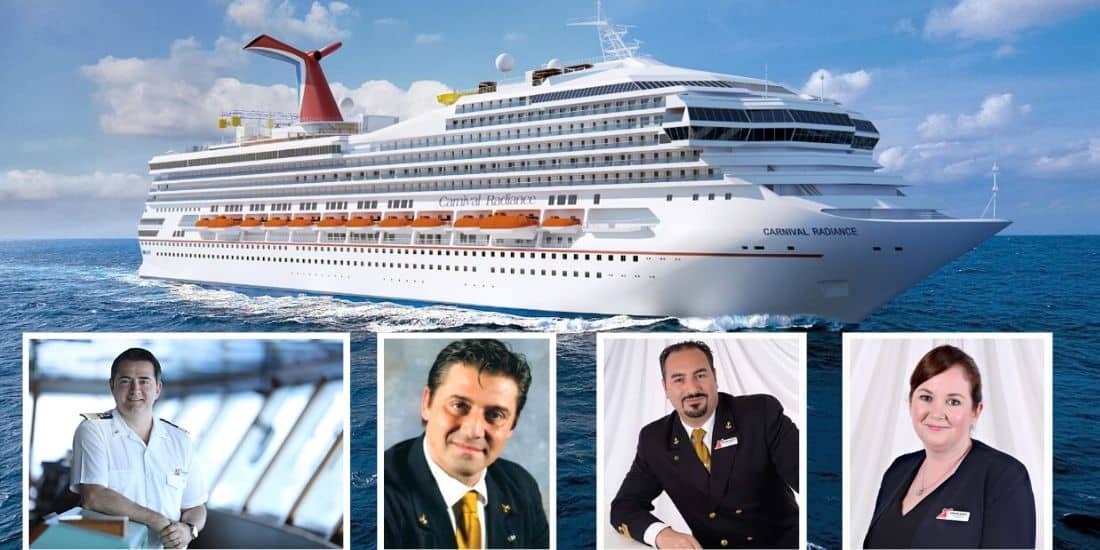