On Friday afternoon, December 4 there was a security scare involving the Norwegian Sky which is operated by Norwegian Cruise Line at PortMiami, Florida.

There was a security scare at PortMiami after 1 passenger failed to scan their keycard into the ship’s system while boarding the Norwegian Sky at around 12:30 in the afternoon. The passenger had already passed the pier-side security checkpoint. As a result the ship was evacuated as a precaution and those passengers already onboard were evacuated back on land.

At 12:30 pm this afternoon a guest who had cleared a pier-side security checkpoint boarded Norwegian Sky w/o scanning their keycard.

One witness told Local 10 “that the man’s keycard made some kind of noise when it was scanned and he bolted onto the ship.” This is what then raised the security alarm. As a precaution CBS Miami reports that “officers in protective gear and their K9’s swept the ship looking for a possible violator”.

As the safety & security of our guests is always our top priority, & as a precautionary measure, the ship underwent a security screening. — Cruise Norwegian (@CruiseNorwegian) December 5, 2015

Norwegian Cruise Line posted the latest developments on Twitter to keep everyone informed. Once the vessel was cleared by authorities and after waiting several hours at the cruise terminal all passengers were allowed back on. The cruise line did keep passengers informed and provided refreshments during the security scare.

During the screening process, our teams in the terminal made regular announcements & water and snacks were provided to guests.

The vessel has been cleared to sail & all guests embarking the ship. We expect the ship will arrive in Nassau as scheduled tmw morning.

All guests were accounted for and there has been no delay on the ship’s itinerary. Norwegian Sky is a 77,100 gross ton vessel which can carry 1,970 passengers at double occupancy. The ship is now sailing a 3-day Bahamas cruise, it will call at Nassau on December 5 on time. The ship is scheduled to arrive back at PortMiami in Florida on December 7. 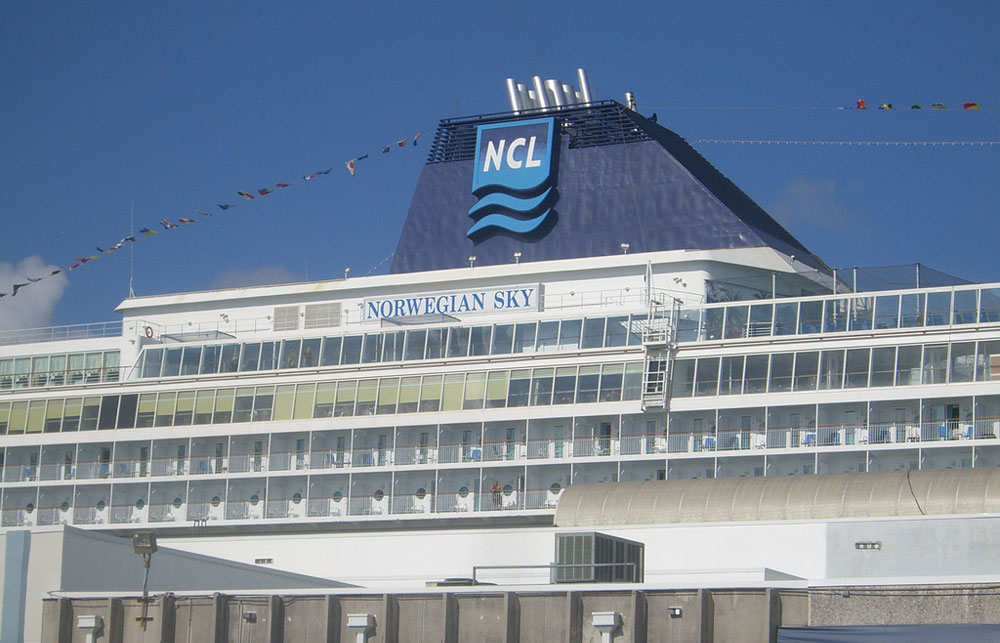