Second NCL Breakaway Plus Ship Being Purpose Built for China

Norwegian Cruise Line has announced that the second Breakaway Plus class cruise ship will be built for the Chinese cruise market. The ship is currently under construction and the announcement was made by CEO Frank Del Rio during the CruiseWorld China summit in Shanghai.

The new ship will be the second in the new class for NCL after the Norwegian Escape. The ship will be purpose built for the Chinese market which means there will be features and experiences onboard that will go down well for Chinese passengers.

“Our new purpose-built ship for China will have characteristics that are authentic to Norwegian Cruise Line and yet distinctively Chinese in all of its sensibility, With this new ship, Norwegian will unquestionably offer our Chinese guests a superior product and introduce a new standard of innovation and excellence into the marketplace, with an unrivaled level of customization for the Chinese consumer.  It will perfectly suit what modern Chinese travelers value from an upscale cruise experience.”

The second Breakaway Plus class ship will offer guests the very latest from Norwegian Cruise Line but also feature new elements just for China. Dining will be focused on a lot with new tastes and an enhanced shopping experience too. Chinese love shopping, eating and enjoying themselves in the Casino so we can expect NCL to focus on those.

The Second Breakaway Plus class ship was originally named Norwegian Bliss but NCL told Cruise Hive: “As the ship will be customized for the Chinese market, the name will no longer be Norwegian Bliss.” The Miami based cruise line will reveal the ship’s new name in the coming weeks.

“Our China offices house a dedicated leadership team uniquely focused on ensuring the success of our local travel agent partners, which is crucial to the success of our expansion in what will soon be the world’s second largest cruise market, These offices will provide sales and marketing support to our travel partners whose customers not only wish to sail on our new China-based ship, but also on any of the incredible voyages around the world offered across our portfolio of brands.”

NCL follows the trend of other major cruise lines including Carnival and Royal Caribbean by having a purpose built cruise ship sailing out of China. Just days ago Princess Cruises announced that its upcoming ship Majestic Princess will be purpose built for the Chinese market. Royal Caribbean’s third Quantum class ship will sail out of China once it’s completed in 2016.

The new ship will be delivered in Spring 2017 and is under construction at the Mayer Werft shipyard in Papenburg, Germany. The ship will be 164,600 gross tons and carry 4,200 guests. Norwegian will take delivery of the line’s first Breakaway Plus class ship, Norwegian Escape, next week on October 22. Two additional ships in this class are on order for delivery in 2018 and 2019. There are lots new cruise ships on order with many to be based in China. 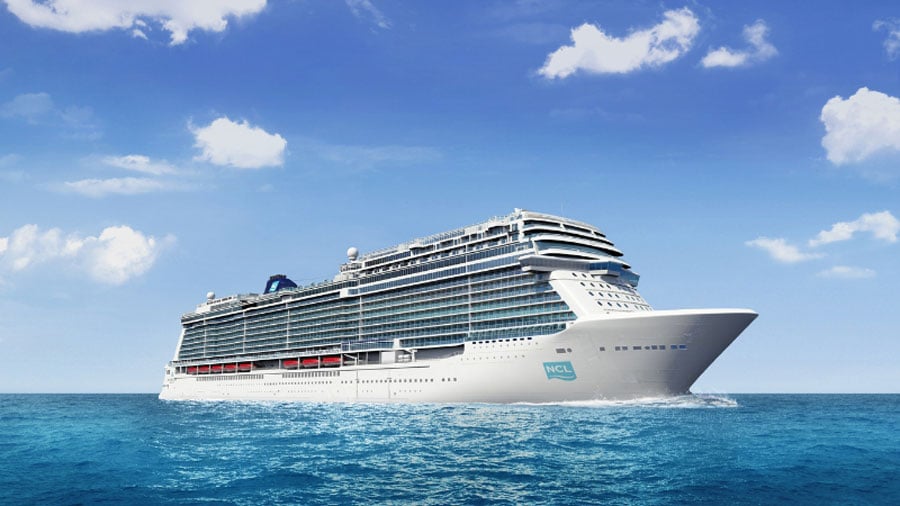