More than 100 cases have been reported aboard Pacific Explorer, but mitigation strategies are in place and passengers are being cared for.

The Sun-class Pacific Explorer of P&O Cruises is the second cruise ship sailing in Australia to be flagged as having a significant outbreak of COVID-19 onboard, following the recently reported cases aboard Princess Cruises’ Coral Princess.

The ship has recorded as many as 100 cases onboard. Mitigation and quarantine measures are proceeding as planned for this type of eventuality.

According to the International Business Times, approximately 100 cases of COVID-19 have been recorded aboard Pacific Explorer, with guests onboard notified of the outbreak on Friday, July 15, as passenger isolations began. Guests who tested positive for the illness were moved to quarantine cabins or asked to isolate within their assigned staterooms, which were then clearly marked to facilitate elevated health protocols.

Approximately 2,800 passengers were on the ship when the cases were first noted, as well as 900 crew members. At the time, Pacific Explorer was sailing a 9-night, Barrier Reef Discovery itinerary roundtrip from Sydney, with visits to Airlie Beach, Cairns, Willis Island, and Moreton Island.

Passengers onboard were urged to continue following health and safety protocols, including frequent hand washing and sanitizer use, mask wearing at all indoor venues, and limiting occupancy on elevators.

Guests on the ship were not surprised by the incident, and were impressed by the quick responses to minimize further transmission.

“P&O handled the situation extremely well, I wouldn’t have expected anything less,” said passenger Leanne Mayer. “This is just an unfortunate situation, but not unexpected.”

Not all passengers took the situation seriously, however, which may have contributed to the high number of positive test results.

“From the start, P&O were amazing, it was individual passengers that were playing up,” Pauline said, noting that some passengers ignored the protective guidelines regarding masks and elevator use.

The 77,441-gross-ton ship returned to Sydney as scheduled on Monday, July 18, with no planned delay in her departure for her next sailing, a short 4-night cruise that will only visit Moreton Island.

For guests who tested positive and were quarantined during the voyage, P&O Cruises is offering cruise fare refunds.

The cruise line is also assisting with post-cruise travel plans for those still under quarantine, including arrangements to get travelers home if they live nearby. P&O Cruises is paying for hotel accommodations if travelers must still remain isolated and are unable to return home at the moment.

Pacific Explorer was the first ship to return to Australia after the pandemic lockdown. The ship sailed into Sydney Harbor on April 18, 2022, with great fanfare that included a water cannon salute from three escorting tugboats to mark the return of cruising to Australia.

The vessel’s first passenger sailing departed May 31, 2022, after the ship was able to take on additional crew members and supplies in preparation for the restart of passenger operations.

Pacific Explorer is currently offering a range of Australian itineraries from 3-14 nights, all roundtrip from Sydney and visiting a variety of ports of call in eastern Australia, Vanuatu, Tonga, and Fiji, depending on sailing date and itinerary length.

In late October, the ship will reposition first to Adelaide for a short series of cruises from that southern homeport, then in mid-November Pacific Explorer will move to Melbourne until mid-February. 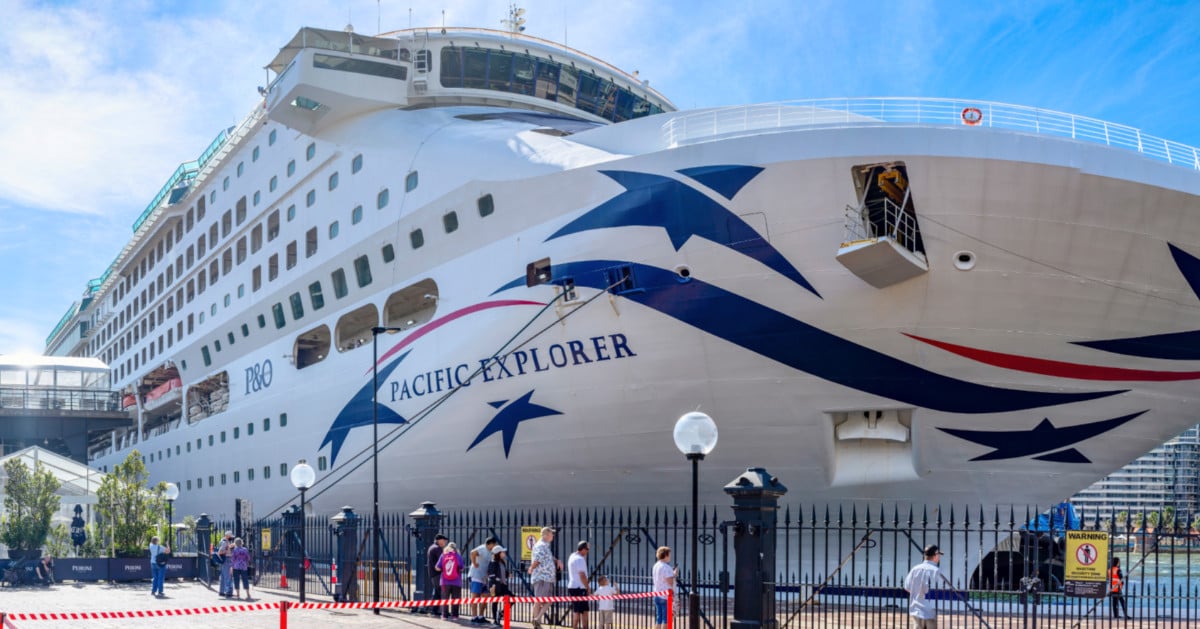