SeaDream released a press statement today to cancel the remaining voyages for SeaDream 1 in the Caribbean.

After 20 successful voyages during the pandemic and a wide range of measures implemented on board, it only took nine positive cases for the cruise line to have to cease operations.

While this is terrible news for SeaDream and the plans they had made for the winter season in the Caribbean, it could spell even worse news for the Cruise Industry as a whole.

Evaluate And Look For Possibilities

While it was certainly expected that SeaDream would cancel some voyages after the media storm that erupted last week, six weeks of interruptions were not expected.

The line had made serious preparations for starting their Caribbean voyages and will now be looking at how to proceed. The company said in their statement:

“Seadream has decided to cancel sailings for the remainder of 2020 after positive Covid-19 test results. Multiple negative PCR tests were required before the guests boarded, but this was not sufficient to prevent Covid-19 onboard.”

“Seadream successfully operated more than 20 sailings during the pandemic without any cases, and further improvements were made to protocols before the Barbados season.”

The twenty voyages were made on the Norwegian Coast this summer, with Norwegian guests, without any COVID-19 infections on board. The strict measures the company had put in place for the Barbados season included multiple COVID-19 PCR-RT and Rapid tests to rule out any infection onboard. These measures went further than the measures implemented in Norway.

Related: Did SeaDream Not Take the Pandemic Seriously Enough?

All guests have now been flown home after being tested and cleared by the Barbadian government. In a twist of fate, the cruise industry’s treatment was demonstrated when guests boarded their airplane.  Sue Bryant, a reporter for The Times in the U.K. who was onboard Seadream 1 and the British Airways flight, had this to say:

“We had to take buses to a remote stand, and there was no social distancing on the buses or the queues to get on them. I saw two people with masks hanging off their ears and one woman sipping a rum punch out of a plastic cup on our bus, no mask.”

Others reported on Twitter: “And people think a cruise is bad, which is ridiculous considering how much effort goes in! No social distancing, condensed lines, people are knocking into us, masks around chins, crammed into airport trams like sardines! People not wearing masks on the flight!”

No matter what, it’s back to the drawing board for the small, two-vessel company. Initially, the plans were for Seadream 2 to join Seadream 1 if voyages proved successful. This will undoubtedly be put on the back burner for the time being.

What Does This Mean For The Cruise Industry?

Seadream 1 in itself is not the standard for the cruise industry. It has more in common with a larger private yacht than a 3000 passenger cruise ship. The scary part is the overreaction from Mainstream Media and Government officials this week.

Multiple media outlets jumped at the opportunity to report on the 53 passengers in imminent danger onboard a cruise ship. This while U.S. government officials immediately called for reinstating the No Sail Order.

It does bring about the question, what awaits the main part of the cruise industry once they start sailing again? Unless a vaccine is readily available when ships start sailing, what can we expect to happen? Precautions will be taken, cruise lines will take measures, it will be as safe as can be expected, yet we will surely see infections.

Will ships be brought to a six-week standstill each time it does occur? If so, it could mean more bad news for the cruise industry. And could spell some serious considerations to be made by the major cruise lines. Sending 3,000 guests home each time there is an infection seems unlikely, yet has been brought a step closer with the shutdown of SeaDream 1. 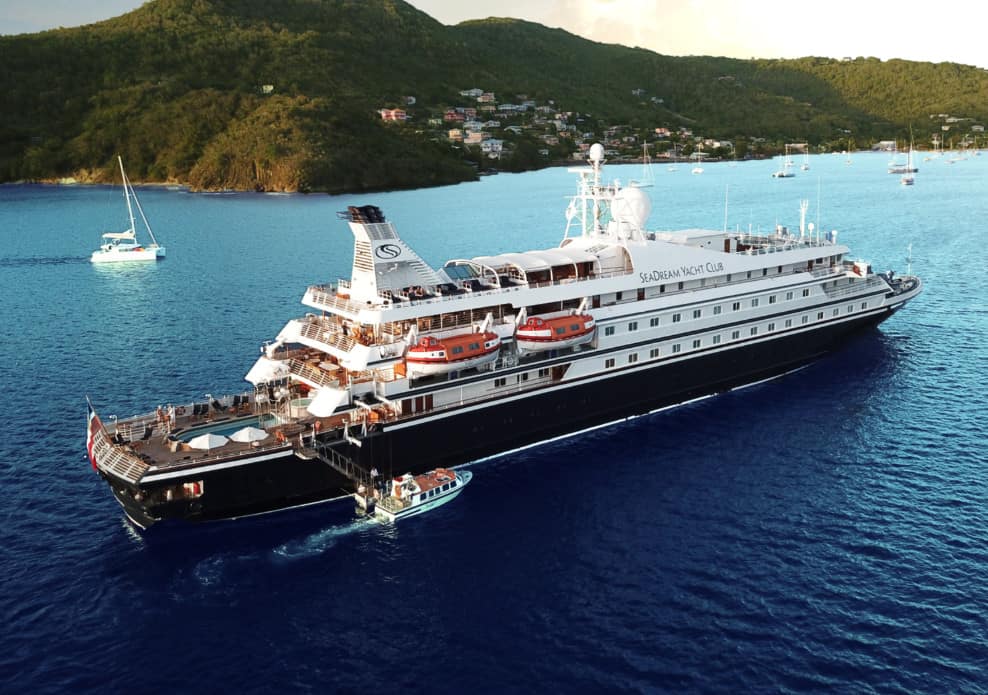